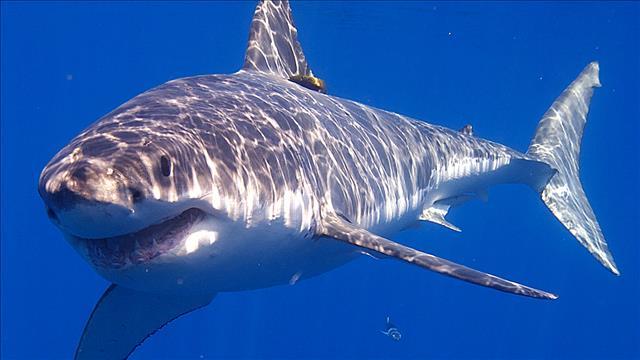 For those going out of town to visit North Carolina along the ocean, you might want to be on the lookout for sharks.

Another victim is recovering from being repeatedly bitten by a shark Wednesday along the North Carolina coast.

“He bumped into the shark and that’s when the shark bit him and pulled him under,” says Hyde County EMS Justin Gibbs.

Costello was airlifted to a nearby hospital where he is being treated to his ribcage, hip, leg, and hands.

This is the 10th attack off the coast of the Carolinas in the past three weeks.

On June 29th, 12-year-old Kysen Weakley was bitten in South Carolina while wading in knee-deep water.

“I felt just a pringe of pain in my leg, and I looked back and saw the shark swimming away,” says Kysen.

Experts are looking into patterns that could be to blame for the record-breaking number of shark bites.

North Carolina Governor Pat McCrory says he is working with safety officials to figure out what can be done to protect people visiting his state’s beaches.

So far, officials have not closed any beaches; however, Governor McCrory says they may consider putting restrictions on fishermen who could be luring sharks to public swimming areas.