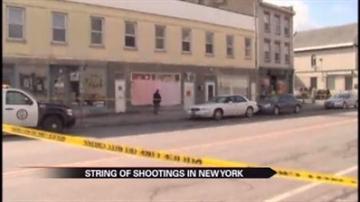 Wednesday night the governor of New York is speaking out about these crimes.

"It's going to take a long, long time to come to grips with what has happened to make sense, and find peace in this senseless situation," said Governor Andrew Cuomo.

Right now, the man is still unaccounted for but police believe they have zeroed in on his location. They think he is in an abandoned building.