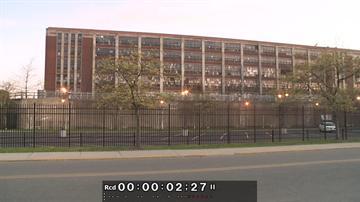 SOUTH BEND, Ind. -- One old Studebaker building may be the new center of jobs for South Bend.  But it won't be in the car business.  Instead, it will be a technology power house.

"I just felt it's time for people in the community to stand up and show we are very capable of being innovative and thinking on national and international scales", said Kevin Smith.

And that is why he has partnered with the city of South Bend to renovate the old Studebaker 83 building into a center for connectivity.  He plans to house a seven story atrium in the building, a centralized power system, and a data center.  He says this two part project could get some big name technology companies to plug into the city.

"We have sufficient power, connectivity, and space that they could run their company for their entire world out of South Bend", said Kevin Smith.

And if they are running their company out of South Bend, Smith says that means more jobs for South Bend workers.