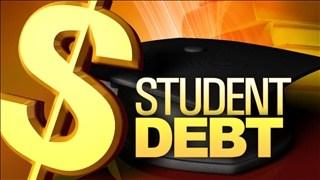 In a new interactive map from debt.com  they list the average debt for graduating seniors from colleges in each state.

Michigan comes in at number 8 with the average debt of just below $30,000.

According to the Huffington Post, the six most indebted states are in the Northeast while seven of the states with the lowest amounts of student debt are found in the western half of the country.