Student: UCC did not send alert 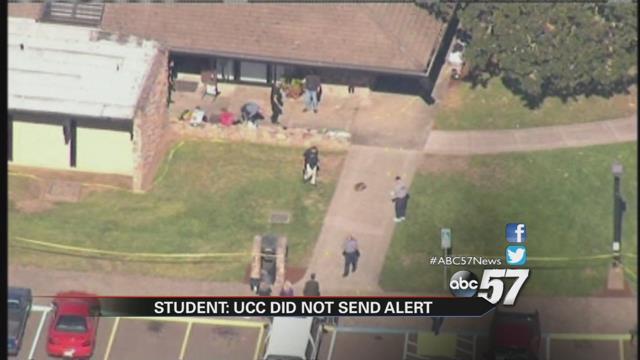 The deadly shooting tragedy at an Oregon college on Thursday is reopening the issue of gun control in our country.

President Barack Obama said that it cannot be this easy for someone who wants to inflict harm to get his or her hands on a gun.

But even still, another deadly massacre is leaving more questions than answers.

Just this year Oregon enacted a law that requires a private or unlicensed firearm seller to conduct a background check before selling a gun to someone.

But even with a tighter gun law in their state, Oregon is at the center of another school shooting tragedy in our country.

It’s something that has UCC students still wondering why they weren’t notified while the gunman was on campus.

The school’s website says students and staff can manage their own notification data.

“My dad calls me and tells me and I come back into the classroom and I go there's a shooting here.' And my teacher there was no alarms, she wasn't notified. We didn't even know until my dad had called me and told me,” said Jessica Baker, a UCC student.

In his statement yesterday, President Obama also questioned those who say more guns will make us safer.

He said states with the most guns laws tend to have the fewest gun deaths.