Students suspended after seeing topless photo of their teacher 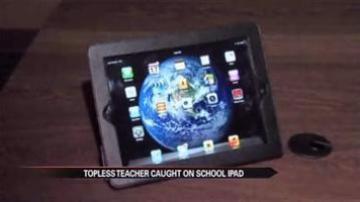 ANDERSON, Ind. -- Three middle school students were suspended after they saw a topless picture of their teacher.

One of the students said the photo popped up on an iPad during class.

He and three other students were in their classroom playing a game called Flow on a school issued iPad.

He said one of the students pressed a button and a photograph of his teacher's bare chest was revealed.

"It's not our fault that she had the photo on there," said Joshua Troutt, one of the suspended students. "We couldn't do anything not to look at it, if it just poppped up when he pressed the button."

Joshua's mother felt the teacher should be held responsible.

"In reality, you'd think she'd be fired because that's a nude picture in the school that the student's seen," Nicole Troutt said.

The students have even been threatened with explusion.

The school district said it has taken action against the teacher but will not say exactly what that was.