Extreme weather events keep making headlines, with both 2017 and 2018, becoming two of costliest years ever for weather disasters according to Climate Central. The American Meteorological Society just released a special report about how man made climate change is playing a role in all of this. The assessment covers a lot of ground, analyzing extreme events across the world, but there are three topics that are of particular interest to us. 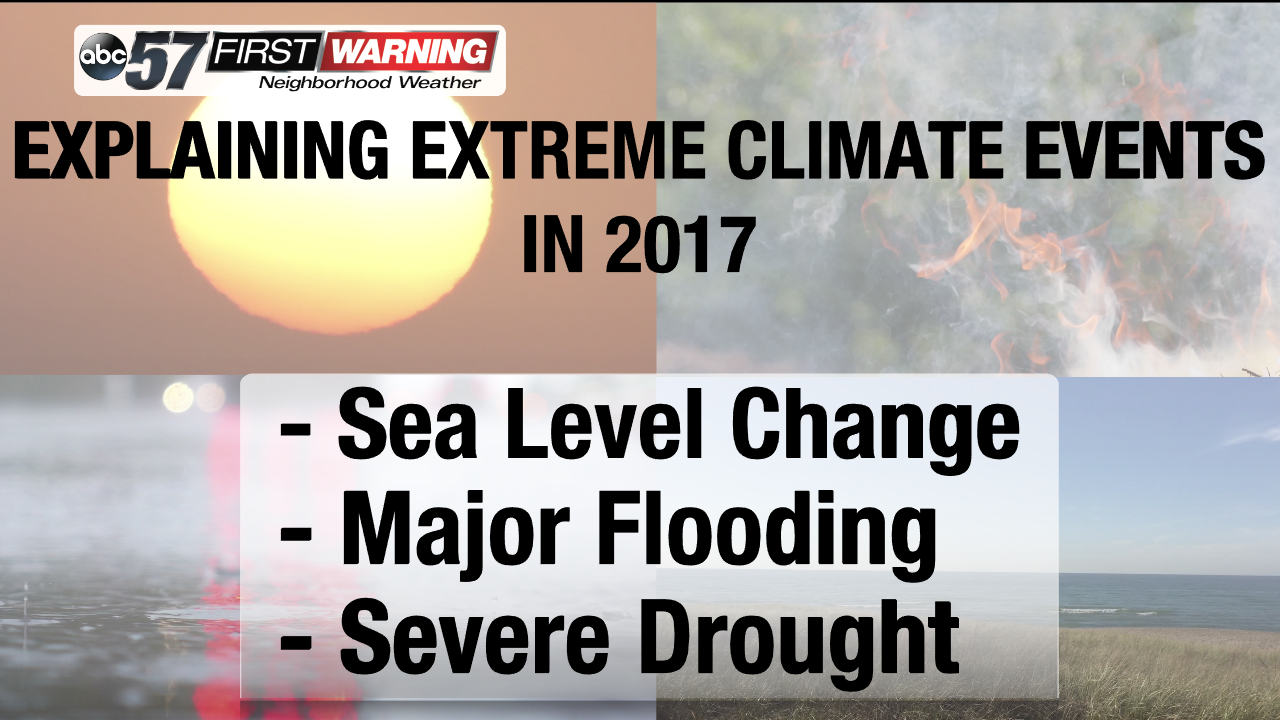 Major flooding, severe drought and wildfires were costly and devastating events that occurred in the U.S. in 2017.

We start with the findings on sea level rise. Meteorologists have analyzed several data sources including tide gauges, and gravity records, and they found that there has been an exponential rise in sea level since 1880. 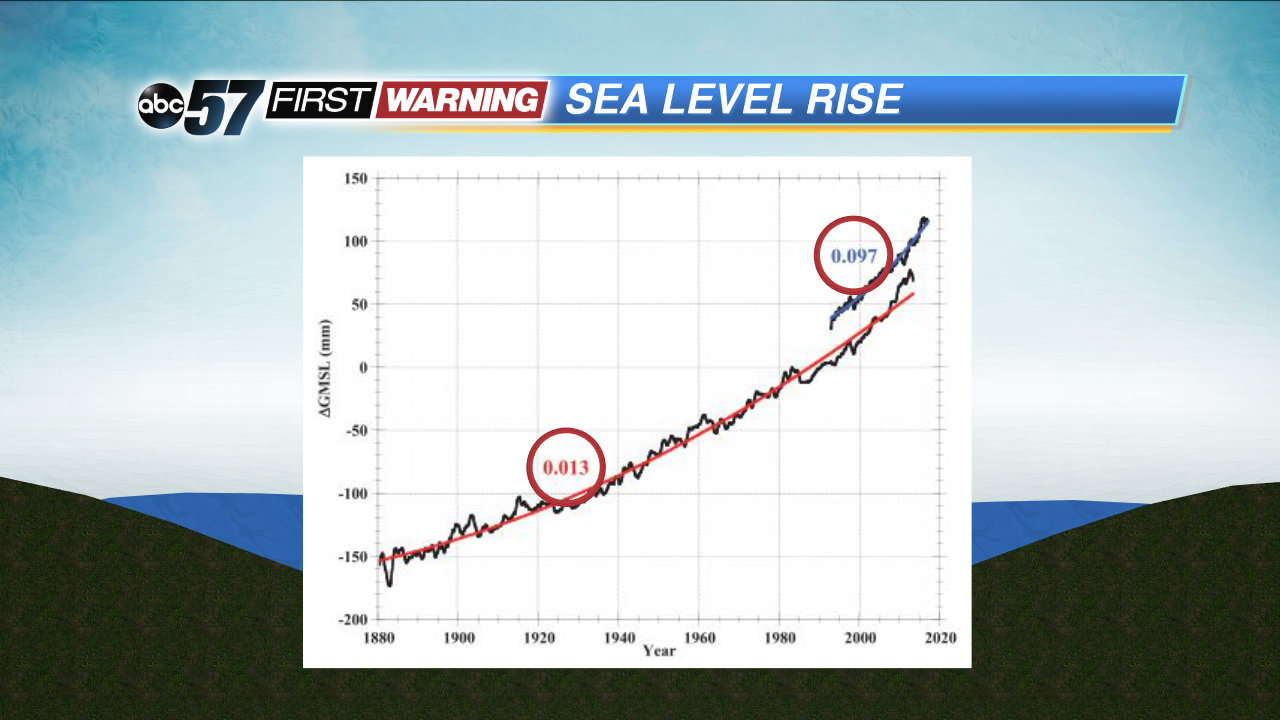 The red line shows the average rise is .013 millimeters. However, since 1980, when the ice caps started to noticeably melt, the sea level has risen .097 millimeters on average. Studies have determined that 45% of the rate and 95% of the acceleration of sea level rise is due to warmer global temperatures and ice mass loss.

Major flooding was a big concern in 2017, the first event occurred in February in California. Northern California was receiving record rainfall, and because of of above normal temperatures, rain was falling in place of snow. Eventually, the Oroville Dam, which is the tallest dam in the U.S. was at risk of breaking. 180,000 people who lived below and near the dam had to be evacuated due to the risk.

The other devastating flooding happened in Texas as a result of Hurricane Harvey. The hurricane made landfall and hovered over Texas for several days, dumping record rainfall on Houston and the surrounding area. People's homes were flooding near dams that were overflowed and $125 billion worth of damage was done.

The study by the AMS describes the cause of both flooding events. 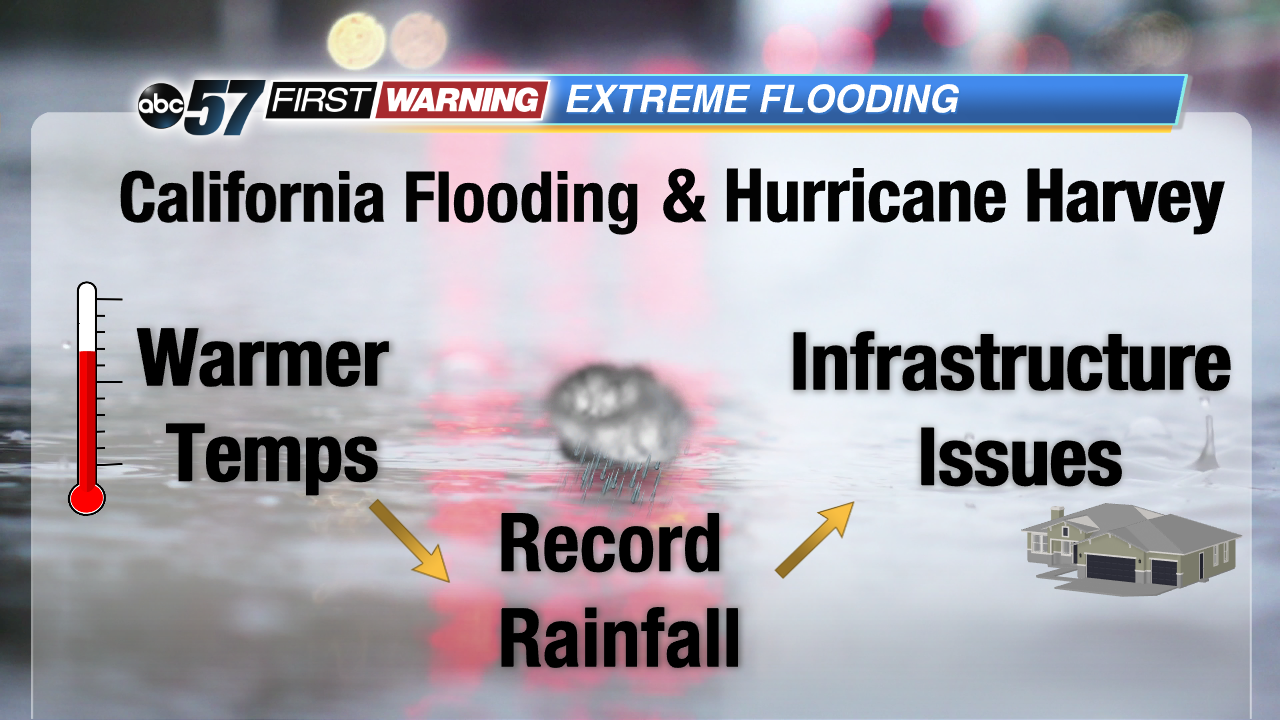 A warmer atmosphere can hold more moisture, and if the winds and moisture flow are right, atmospheric rivers can form. This creates a higher risk of record rainfall. According to the study, rainfall events like Hurricane Harvey have already increased by 6% compared to likelihoods of it happening in the late 20th century.

Warmer global temperatures are also causing the oceans to warm, and by a waterfall effect this created major issues in the Northern Plains and Northwest United States.

During May through July of 2017, the northwest U.S was in an extreme drought. This ended up causing wildfires across South Dakota, Montana, Washington, Oregon and northern California, and in turn was deemed a billion dollar disaster. Spring and early summer are harvest time for wheat, so the losses were mainly agricultural.

The assessment reveals the climatological reasons for the disaster, and it all starts from global warming due to greenhouse gases. Warmer temperatures have caused sea surface temperatures to rise. Meteorological models have determined that warmer sea surface temperatures are influencing the weather patterns, by creating large ridges over the Northern Plains. This allows warm air from the desert to soar northward. In 2017, temperatures were warmer than normal, and it was also a very dry year. Wheat fields were evaporating all of their moisture, drying them out. This caused the drought, and in turn wildfires. 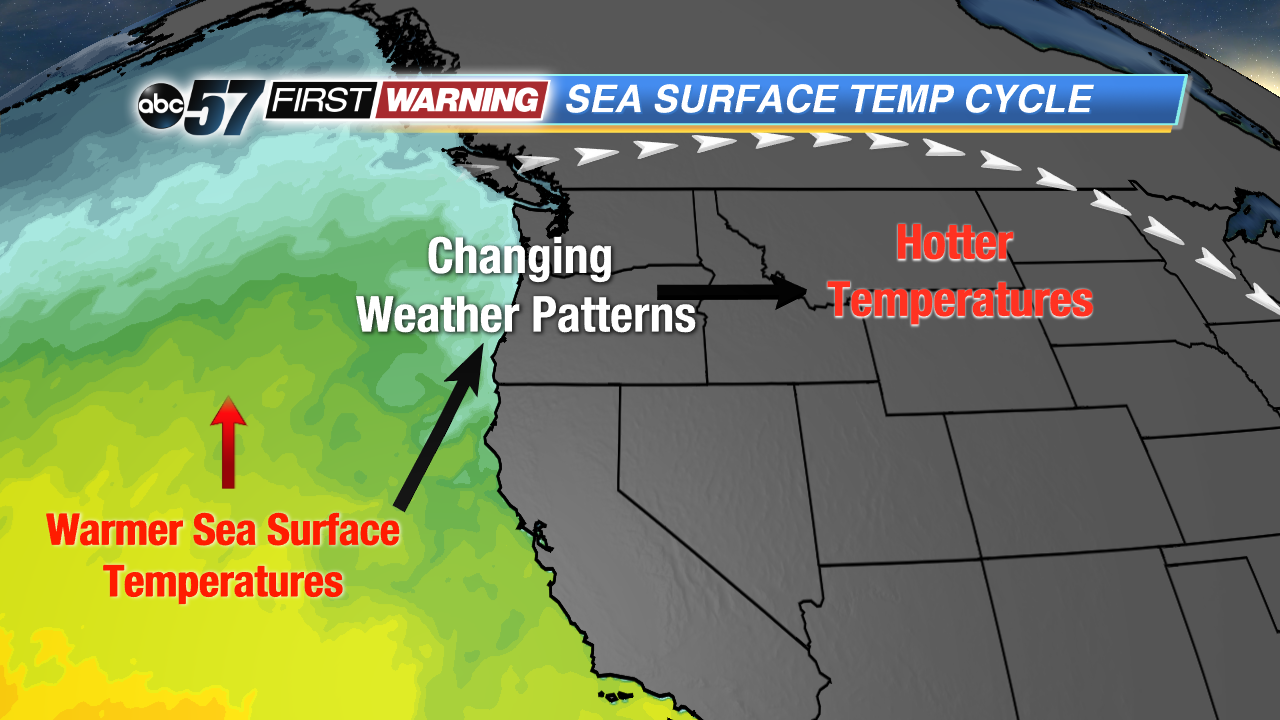 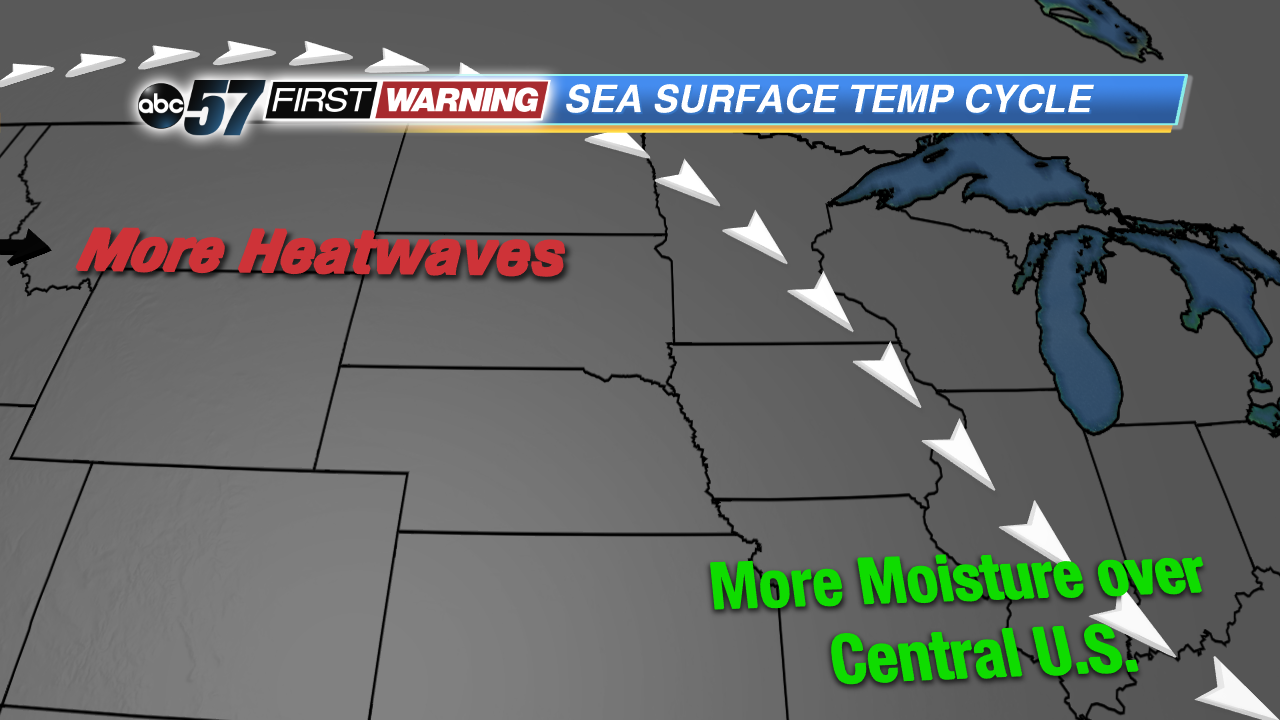 The research has concluded that the warmer sea surface temperatures will inevitably cause more heat waves in the Northern Plains and Northwest, and more moisture over the central U.S., which could lead to more flooding for us.

Another assessment by the National Oceanic and Atmospheric Administration boasts similar findings.