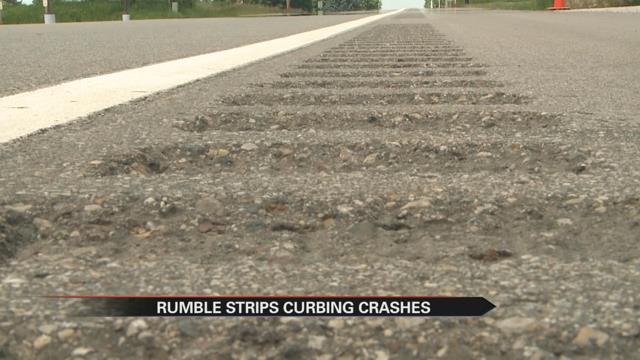 Over a couple years, the state's Department of Transportation installed thousands of miles of rumble strips on rural roads where the speed limit is 55 miles-per-hour or greater, according to MDOT Communications Representative Dan Weingarten.

“We had a major program between 2008 and 2010 where Michigan installed 5,400 miles of rumble strips on what we call high speed, rural, non-freeway roads,” said Weingarten.

After the strips were installed, they wanted to see just how effective they were. MDOT partnered with Wayne State University and the results were surprising.

Rumble strips are a targeted method of preventing a specific type of crash.

“They help with lane departure crashes. Those would be crashes where the driver is distracted or falls asleep and leaves his lane,” Weingarten added.

The strips in the median and over on the shoulder of roadways are designated to alert drifting drivers to get back in the proper lane.

“Rumble strips are grooves that are pressed into a roadway surface. They're designed and spaced apart so that when a vehicle accidentally travels over them, it creates a loud vibration and noise inside the car,” said Weingarten.

“People get distracted while they're driving on the road with a variety of issues and drowsiness and not even paying attention,” Datta added.

The results of the study concluded that these strips drastically curbed the number of deadly crashes on those rural Michigan roads. The number of serious injuries from accidents also dropped after they were installed.

Breaking down the numbers, the strips save about 16 lives per year. They are relatively inexpensive, too, costing less than $800 per mile to install.