Substantial rainfall across much of Michiana

NOW: Substantial rainfall across much of Michiana 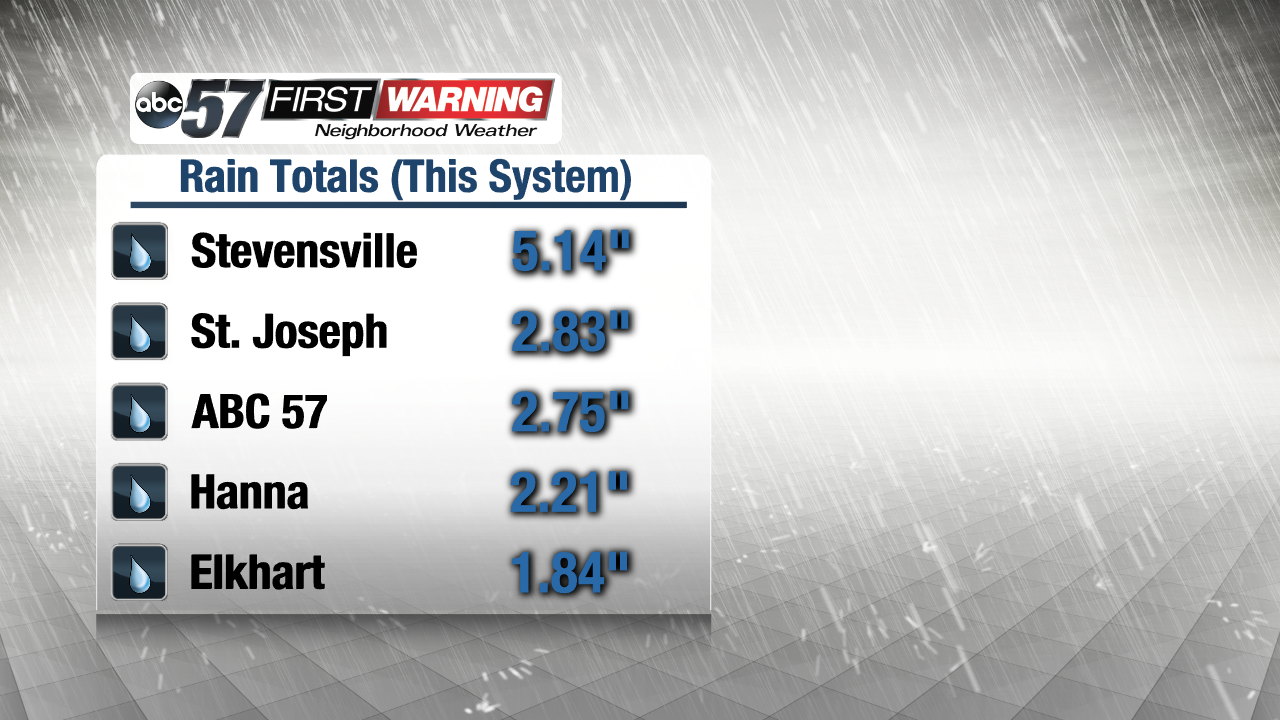 Rain totals between 12 AM Thursday and 12 PM Friday.
It has been nothing short of rainy across the region over the last two days or so. A storm system moved in Wednesday night and has been dropping plenty of rain since. Some locations across Michiana have picked up one to as many as five inches of rain in roughly 36 hours time! Many areas will likely add to their totals by the time we get to Saturday morning as additional showers and downpours are expected. The big winner in terms of reported rainfall is Stevensville, which has seen more than 5" of rain! It's not just the Stevensville area, though. Much of Berrien County has seen heavy rain and impressive rainfall totals with this system. 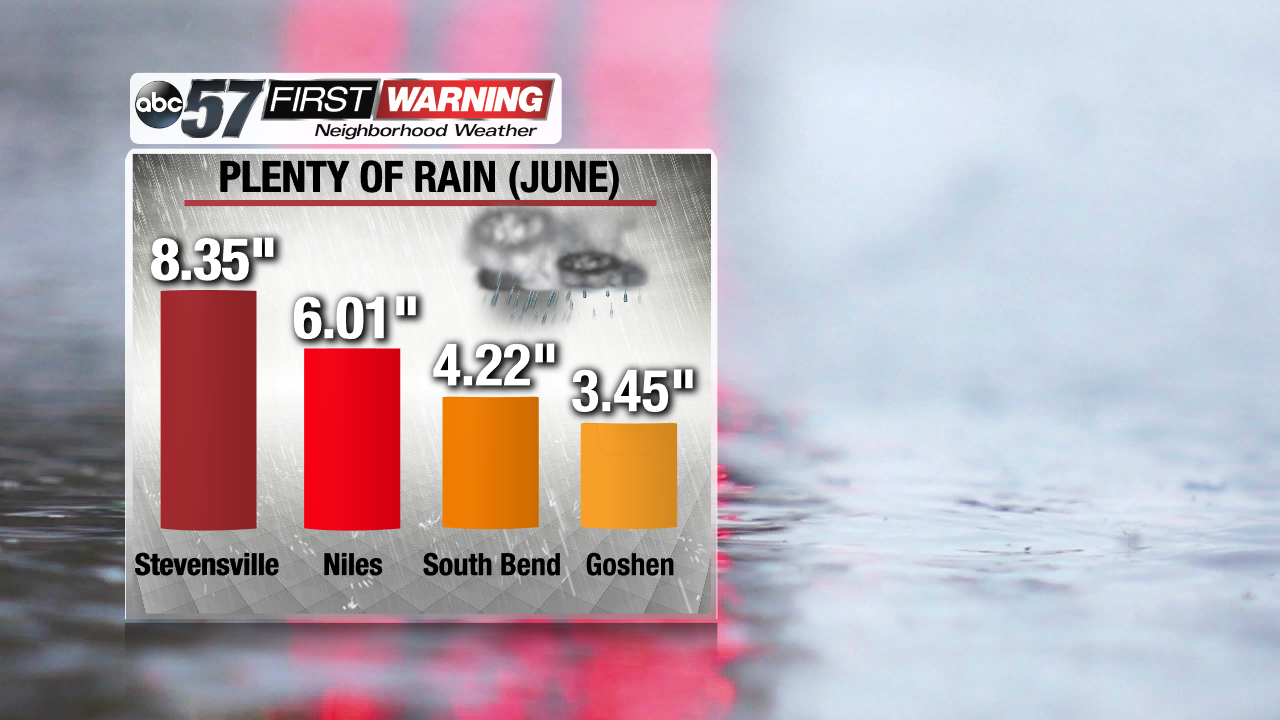 While not everyone has seen flooding, there have been multiple instances of high water and standing water across Michiana with this system. That's mainly due to how heavy the rain has fallen, in addition to how long it rained for during the day Thursday. The atmosphere has simply been loaded with moisture since the first drops fell Thursday morning. That is why the rain has seemingly come down in buckets at times! 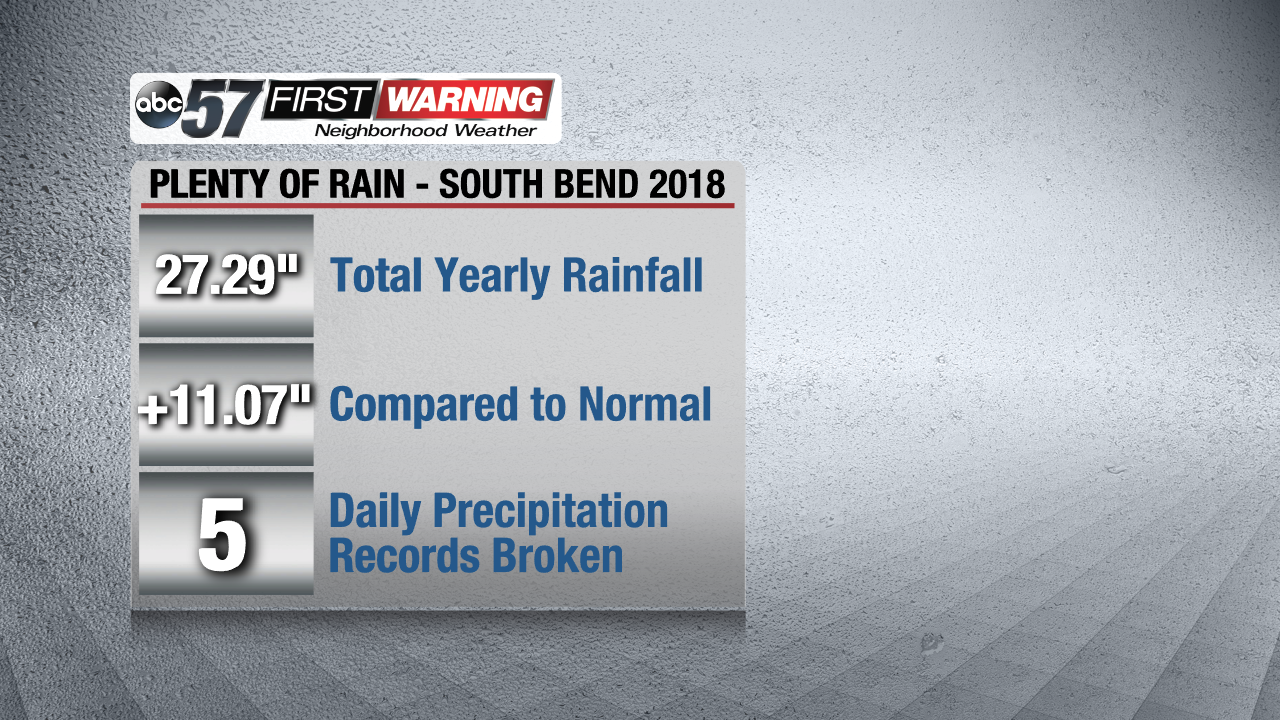 It has been a rainy month overall for many areas as well. Most locations are above normal in the precipitation department since June 1st with Stevensville and Niles leading the charge. Both locations have picked up more than 6" of rain since June 1st. Remarkably, Stevensville has seen more rain in the last 48 hours than it usually sees in an entire month of June! While we aren't in record territory in South Bend for June rainfall, we are certainly above normal after this most recent rain. The city has officially seen 4.22" of rain since June 1st. That's more than it usually picks up in an entire month.

It doesn't stop there, though. Dating back to January 1st, South Bend has seen a whopping 27.29" of precipitation! To put that value in perspective, we should have a total of around 16" by this time in June. Even more, South Bend has broken five daily rainfall records since the beginning of 2018. 2018 has also seen its rainiest February and May in history! It has certainly been a rainy year so far, and it looks like the pattern will stay quite active into next week.