Summers locally and nationally continue a trend predicted by climate change. As we begin meteorological summer, this trend continues to get hotter. 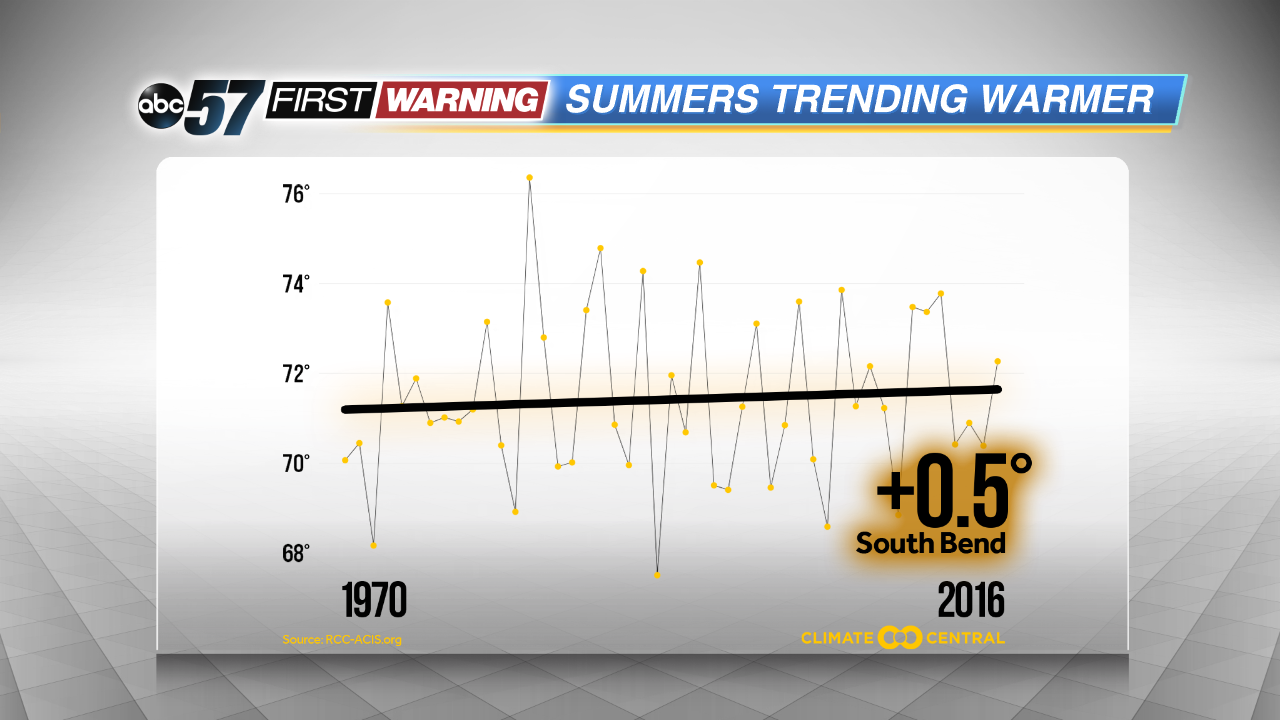 More significant is Michiana is not alone. Most the United State has seen a steady climb in summer temperatures since 1970, the most significant rise seen in the southwest. 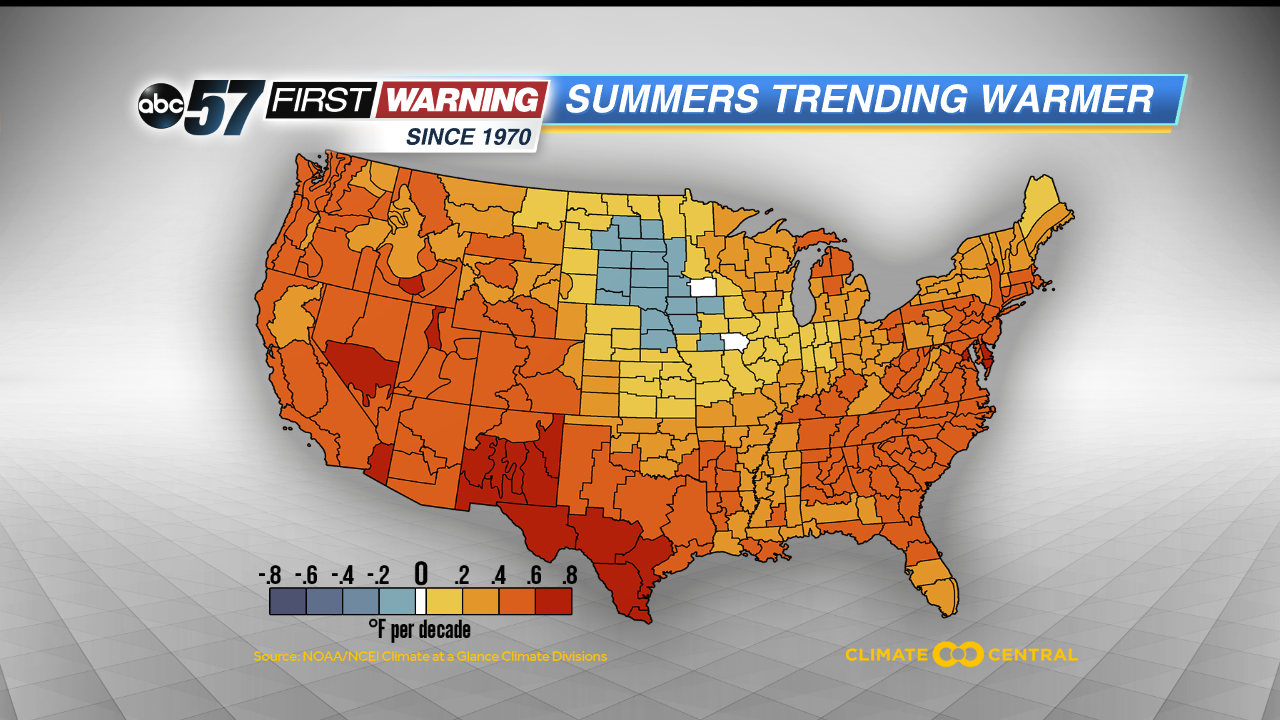 What does this mean? There will still be hot days and milder days. However, the hotter days are lasting longer and the heat waves are more frequent than cool summers. Other growing trend isn’t just warmer days but muggier nights, where low temperatures don’t fall below 70°. The past few summers we’ve set record warmest lows for a number of dates.

The start of meteorological summer 2017 looks to be warm and fairly dry. The June outlook calls for near to just above normal temperatures. 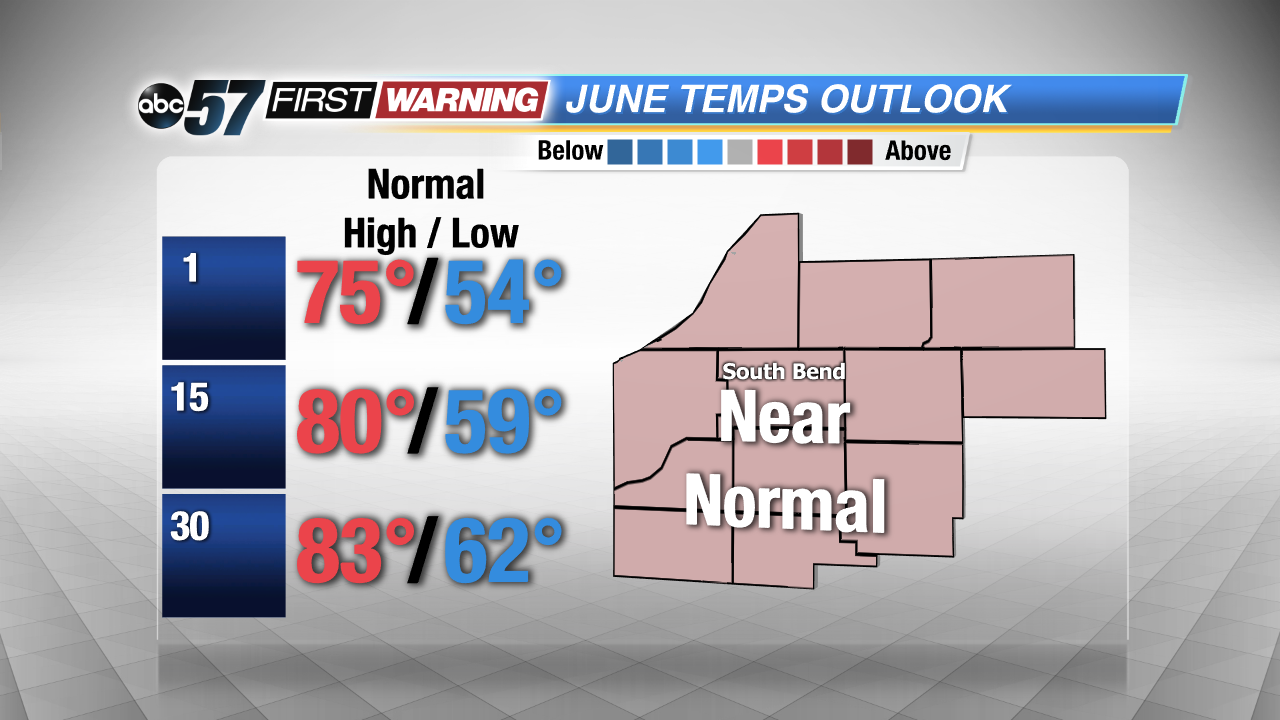 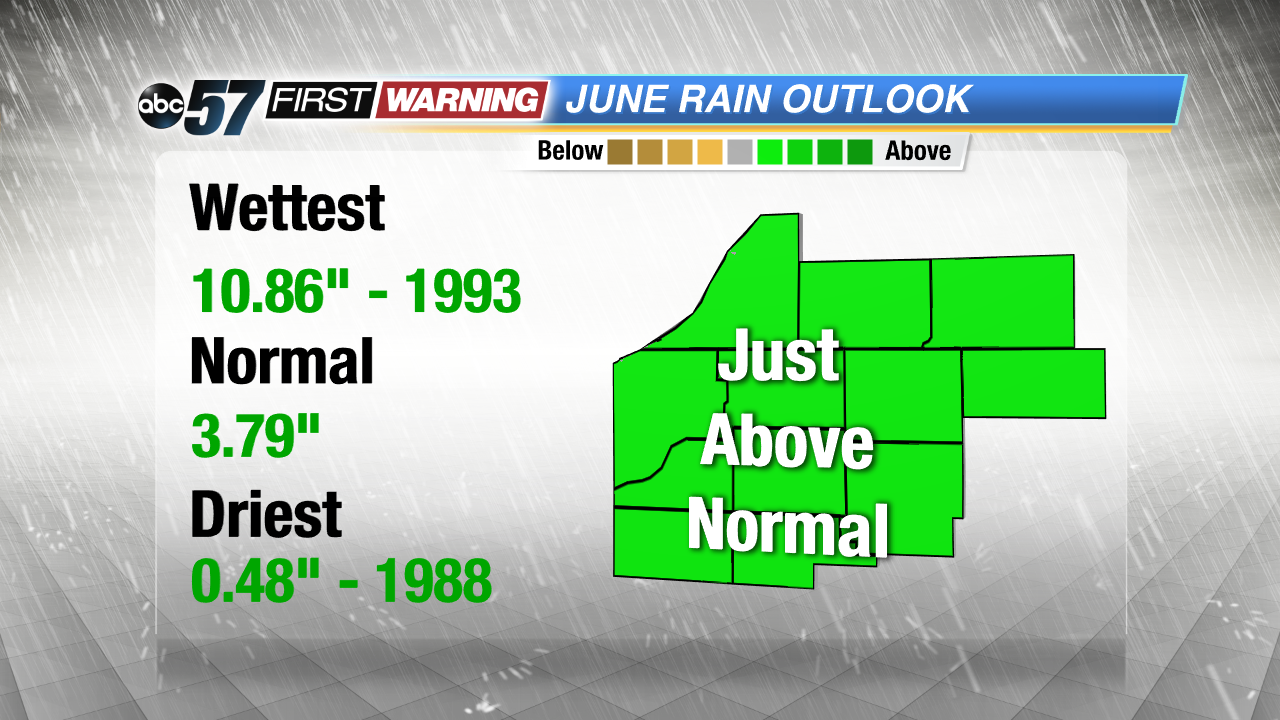