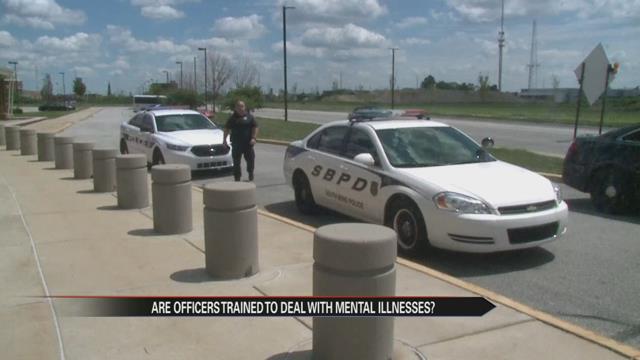 South Bend Police Department is one of many across the country that use special training in dealing with individuals with disabilities and mental illnesses.

Sunday's multi-hour standoff at the Western Manor apartment complex, following a man's threats to stab his neighbors, resulted in a peaceful resolution.

Police have identified the man as 66 year old William Smith.

After hours of negotiating with him, police used tear gas to escort Smith out of the building, and transport him to a hospital for a mental evaluation.

Neighbors applauded police in the calm way the situation was handled, and commended the fact that Smith was unharmed in the process.

That was a result of Crisis Intervention Training, a program used across the country to train police officers in deescalation techniques and an understanding of how to best interact with people with mental illnesses.

Kelly Howard, a behavioral consultant who owns Behavior Services & Therapy in South Bend, believes this is a good thing.

"Training would provide the officer of maybe a second when he would pause and think maybe this is a person I need to approach differently," Howard said.

The South Bend Police Department works with health providers in the community to make sure there is a peaceful resolution and a good end result.

"It's usually a treatment versus incarceration solution. We want to make sure the best course is taken at that moment for them,"  says Capt. Robert Hammer.