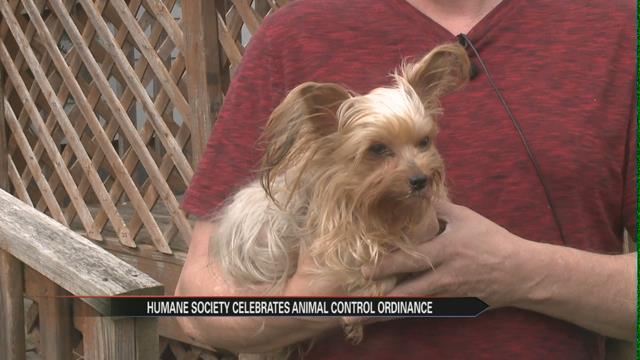 It's been a year since South Bend passed the Animal Care and Control Ordinance.

Supporters of the ordinance reunited Friday night at the Emporium to celebrate its success and raise funds through a silent auction for the Animal Care and Control center.

“Tonight is a celebration of all the great progress we've made in South Bend,” said Common Council member Valerie Schey, who authored the ordinance.

Before the ordinance passed on May 29, 2014, the city's animal control ordinance was 30-years-old.

The new ordinance provides guidelines for spay and neutering practices, classifies dangerous animals by behavior rather than breed and focuses more attention on the shelter.

“To see that there's no harm being done to any small animals, and that they're getting the best care possible by their owners. That's the biggest thing,” Jackson said.