Supreme Court keeping out of same-sex marriage debate - for now 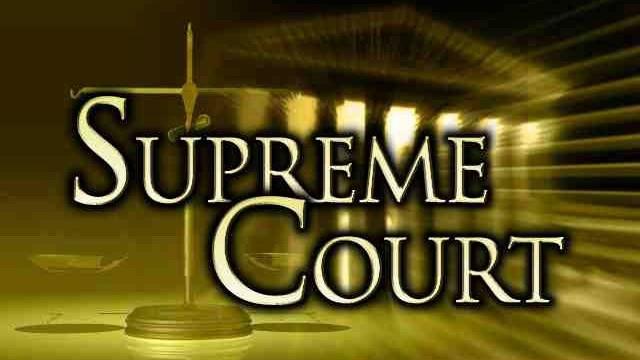 The Supreme Court announced Monday it is staying out of the same-sex marriage debate -- at least for now.

The high court rejected requests from five states to immediately review their bans on gays and lesbians from civil wedlock.

The brief order from the justices denying review of pending appeals came as a surprise to many advocates on both sides. Many wanted the court to jump in now and offer a definitive, binding ruling on key constitutional questions.

At issue is whether homosexuals in all 50 states have the same equal protection or due process right as opposite-sex couples to marry.

The denial of judicial review may be just a temporary move.

Four federal appeals courts in recent months have struck down state bans on same-sex marriage, but the issue continues to percolate in other courts nationwide.

The justices may wait until more lower court rulings are issued, to give them a fuller picture of the legal boundaries posed by same-sex marriage.

Legal and political experts expect the high court to eventually decide the core constitutional questions, but that may not happen for several months at least.