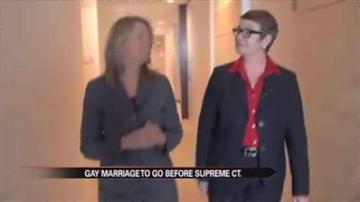 SAN FRANCISCO — The last week of March, the US Supreme Court will debate one of the most controversial issues in our country. Same sex marriage will be the topic before the court.

The debate started in San Francisco and is commonly known as "Prop 8."

Those on both sides are getting ready for the hearing next week.

Since the measure was passed in 2008, polls show public sentiment has dramatically shifted.

"If we're successful and we prevail, Prop 8 will go away and we will have reached our goal and it will also send a message to the rest of the country," said Kris Perry, Prop 8 plaintiff.

The hearing is scheduled for Tuesday.

Justices are expected to then rule by the end of June on the issue.