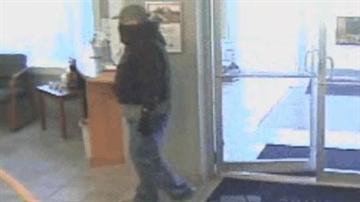 BERRIEN SPRINGS, Mich. -- Wednesday afternoon the Honor Credit Union in Berrien Springs was robbed by a man wearing a dark colored shirt, a hat and his face covered.

According to Berrien Springs Oronoko Township Police, the man entered the bank at 8952 M139 at 1:38 p.m.

The suspect is a white male between the ages of 40 and 50, wearing a dark colored shirt, a cap and something covering his face.

The man did not display a weapon.

The man left the bank on foot with an undisclosed amount of cash.

Andrews University and their K-12 schools were put on lockdown.

A Michigan State Police K-9 picked up the suspect's track that led to an area where a car may have been parked.

If you have any information on this robbery, contact the Berrien Springs Oronoko Township Police, the Berrien County Sheriff’s Department, the Michigan State Police or the FBI.