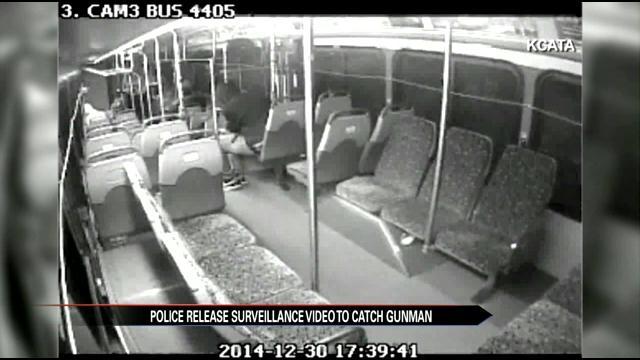 Police hope shocking video of a shooting at a bus stop in Kansas City, Missouri will lead them to a suspect.

A man wearing a hoodie is seen waiting by the bus stop.

As the bus begins to drive away, the suspect is seen pulling out a gun and then shooting it.

Police say at least six shots were fired before the bus pulled away.

Inside, a teen could sat behind the bus's back door.

The girl was eventually shot in the incident.

"We're still putting together the pieces of the puzzle," said Cpt. Derek McCollum of the Kansas City Police Department. "But from what we understand is that this was not a random act and our victim may know who that suspect is."

Police believe the boyfriend may have been the gunman's intended target.

Police are still searching for the suspect as of Wednesday morning.