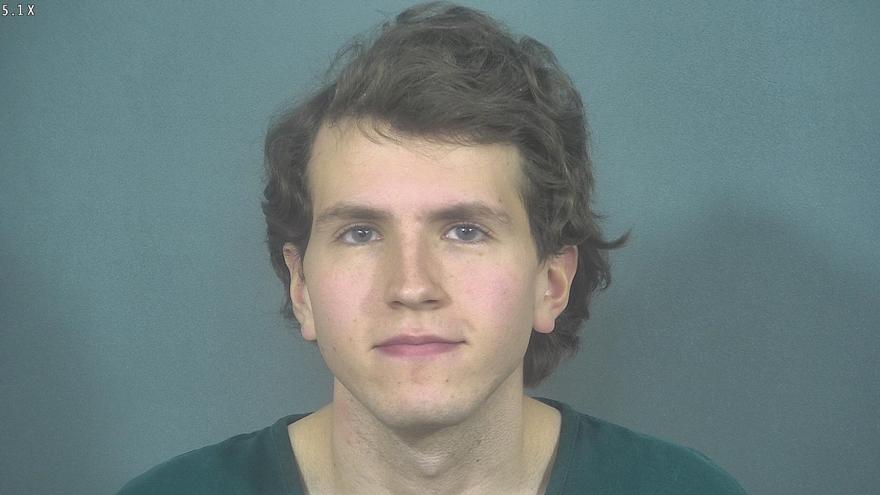 A 21-year-old man has been charged with voyeurism for allegedly using his phone's camera to view the person using the restroom in the stall next to him in a dorm on the Notre Dame campus, according to court records.

The victim told police he was in a Zahm Hall restroom stall around 3 p.m. on September 22, when he noticed the person in the neighboring stall had his phone with the camera application open, pointed into the victim's stall, below the stall divider, according to the probable cause affidavit.

The victim thought it was a friend playing a prank so he yelled "What the [expletive deleted]?" but the man in the stall didn't respond.

The victim exited the stall and waited for the suspect to exit his stall.

The suspect bolted from the restroom without washing his hands, reports said.

The victim told police the suspect was wearing black shoes, carried a green backpack and a water bottle.

For the next few days, the victim searched for the suspect everywhere he went on campus.

On September 29, the victim saw the suspect, who was wearing the same shoes and backpack, and confronted him, reports said.

The suspect identified himself as Benjamine Wears by name and Notre Dame ID card, reports said.

Wears denied being at Zahm Hall and wouldn't let the victim see his phone, according to reports.

Police interviewed Wears on October 4. He denied being at Zahm Hall.

When asked why his ID card was swiped at a locked door on Zahm Hall on August 29, Wears said he was just testing to see if he really was banned from entering dormitories, according to the probable cause affidavit.

Wears was also asked about a similar incident that happened at the Hesburgh Library, but denied he was responsible for that incident, according to the probable cause affidavit.

They didn't find any videos recorded in bathrooms, but the location data showed his location was consistent with Zahm Hall on September 22 at the time the victim said the voyeurism incident happened, according to the probable cause affidavit.

The phone also showed the phone's camera was activated at that time as well.

Reports also say Wears' phone was in a location consistent with the university library when the library incident happened, according to the probable cause affidavit.

The search history on Wears' phone showed multiple visits to sites where men in restrooms were unknowingly being recorded. Police said it did not appear Wears uploaded any videos to the sites, reports said.

Wears has been charged with one count of voyeurism.

We received the following statement from Notre Dame concerning Wears.

The University is confident that this matter will be handled in a prompt and professional manner through the criminal justice system. Mr. Wears is not enrolled at the University.