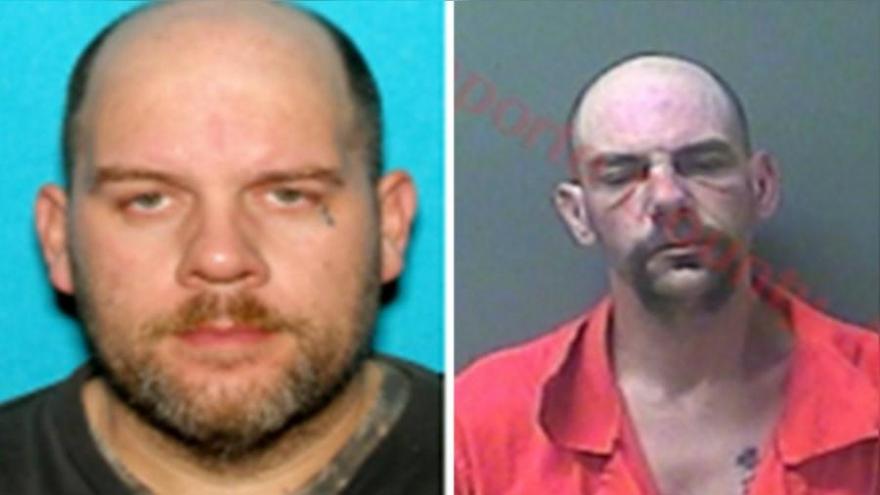 Officers were dispatched to a robbery at Fifth Third Bank on 3710 Franklin St. May 11th in Michigan City.

An unknown white male entered the bank, indicated he had a weapon and an undisclosed amount of money was given to him.

Detectives began interviewing witnesses and learned there was a possibility of a second person involved in the robbery.

According to police, information and assistance gathered from witnesses led to the suspects being identified as 43-year-old Bryan Burch and 42-year-old Keith English.

Evidence was presented to a judge and arrest warrants were issued for both men.

English was arrested and taken into custody without incident in Gary, Ind by the Fugitive Apprehension Street Team (FAST) and charged with one count of aiding, inducing, causing Robbery and bond set at $25,000.

Burch is still at large with an active arrest warrant for robbery.