Suspect claims Natalie Bollinger, 19, hired him through Craigslist to kill her 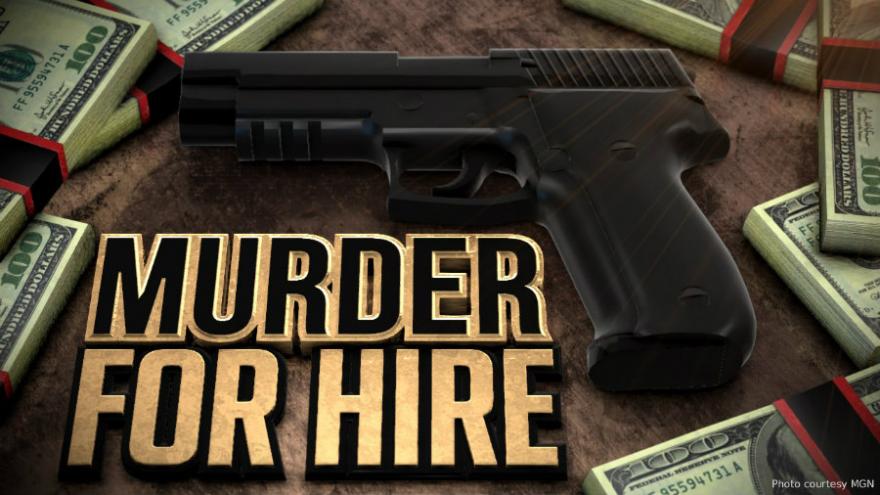 ADAMS COUNTY, Colo. (KMGH) -- The man arrested in the shooting death of 19-year-old Natalie Bollinger claims Bollinger hired him to kill her after he answered her Craigslist ad titled “I want to put a hit on myself," according to a newly released affidavit.

Joseph Michael Lopez, 22, was arrested Thursday evening and booked into the Adams County Jail on suspicion of first-degree murder in the death of the Broomfield teen.

In the interview room, Lopez began opening up. He told investigators that sometime after Christmas, he came upon a strange ad he claims Bollinger had posted titled “I want to put a hit on myself” while he was perusing the “Woman seeking Men” category on Craigslist, the affidavit said.

Lopez would go on to claim he contacted Bollinger using a fake hit man persona, agreeing to meet her and kill her after a lengthy text conversation, according to the document.

The affidavit continues and states that Lopez arranged to pick up Bollinger from her Broomfield apartment on December 28. He told detectives after he picked Bollinger up, they discussed how he would be paid and how Bollinger allegedly wanted to be killed, “on her knees… executed from behind,” according to the police document. Lopez said Bollinger brought her own gun.

Bollinger’s disappearance was first reported on December 28 after the teen’s boyfriend called police and filed a missing person report. The boyfriend told responding officers that his Glock 9 mm pistol was also missing from his home, according to the affidavit.

Lopez said he tried to talk her out of the arrangement as they drove around looking for a location for the shooting, but she was firm in her decision to end her life because of issues she had with boyfriend, Lopez claims in the affidavit.

Lopez initially told investigators that he did not go through with the alleged plan. Instead, he dropped the victim off back at her apartment. He later told detectives that Bollinger shot herself. But after he was confronted with GPS data from his phone placing him at the scene where the teen’s body was found, he admitted to pulling the trigger, the document states.

According to the affidavit, Lopez admitted to shooting and killing Bollinger with a single gunshot to the head. He said Bollinger “knelt down on the ground and that he knelt down along her left side and slightly in front of her.” He then claims they both said a prayer, he got up, closed his eyes and shot the teen. He then took off with Bollinger’s purse and the gun, which he said was still in his trunk.

Investigators have located a weapon, but McIntosh said it’s too early in the investigation to tie it to Bollinger’s murder.

The affidavit stops short of providing evidence of Lopez’s claims or describe how a dangerously high dose of heroin ended up in her system.

The autopsy report notes Bollinger had a "history of heroin and methamphetamine use," after revealing she died from gunfire. Lopez told investigators that at no time did "they have or consumer any type of drugs."

During the investigation, deputies talked to several of Bollinger’s friends and family members, and some indicated she had a history of suicidal thoughts, according to police documents. Others said she was very happy and was looking forward to attending school.

The police document points out that the text message conversation, a total of 111, from December 28 found on the victim's phone was from an unknown number, which was later linked back to Lopez.

McIntosh said Lopez knew Bollinger for only a short period of time and described their relationship as a friendship based on social media interactions, but declined to reveal a motive in the shooting.

“It’s very difficult in these cases, even if there is a stated motive to really determine long-term what that motive truly is,” he said. “The motive will truly come out in the courtroom.”

The suspect told investigators during the interview that he had a history of suicidal thoughts and depression. He said he never told his fiance or anyone else what had allegedly happened, and it was "eating away" at him.

In court, legal analysts say, it may not matter whether Bollinger asked for a hit or not.

"Even if she asked for assistance, if he's the one who pulled the trigger, it's still murder," said David Beller, a Denver7 legal analyst and criminal defense attorney, who said attorneys will likely discuss whether a shorter sentance than life without parole would be appropriate. "If this is something that the victim was pursuing and asking for, it doesn't alleviate his legal responsibility, but it certainly mitigates it."

Lopez remains behind bars on first-degree murder charges. A bond has not been set.