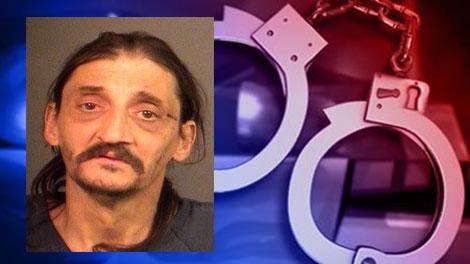 Mishawaka Police were called to an apartment on Island View Lane in Mishawaka around 10:30 p.m. Saturday for reports of a stabbing.

When they arrived they spoke with Daniel Lee.

Lee told police he had been receiving threats from a man he knew as Cowboy and that he owed Cowboy money for crack cocaine, reports said.

Lee told police he thought Dennis Shaw was Cowboy and stabbed him, according to the probable cause affidavit.

Shaw was located in an apartment and was transported to Memorial Hospital.

Shaw told investigators he had just returned from Hacienda when he heard a neighbor and Lee yelling at him from an apartment balcony.

Shaw said he couldn't understand what they were saying so he yelled back he didn’t understand.

When he walked up to the second floor Shaw said Lee charged him, according to the probable cause affidavit.

Shaw said he and Lee had been friends for years and didn't understand what was going on. He thought Lee was just punching him, but realized he was being stabbed, according to the probable cause affidavit.

Shaw said a neighbor pulled Lee off him and Lee ran back to his apartment.

Shaw suffered a cut to the left side of his face, a chest wound and a wound to his left forearm.

Lee was arrested and charged with battery with a deadly weapon.