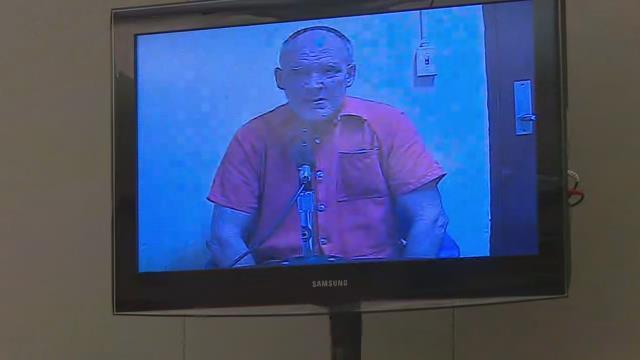 The suspect in the 1977 murder of Robert Stasiak made his first appearance in court Monday afternoon. Raymond Richmond faces one count of open murder.

Richmond is accused of shooting Stasiak in November 1977 because Stasiak flushed marijuana down the toilet, according to the probable cause affidavit.

In court, Richmond's attorney argued for bond because Richmond doesn't have an extensive criminal history, hasn't faced any charges in more than 15 years, has lived in the same house in South Bend for more than 30 years, and his family is supportive of him.

The prosecution asked the judge to deny bond because of the severity of the crime - murder. In addition, the state said Richmond has confessed twice verbally and three times in writing and a conviction was very likely.

The judge denied bond for Richmond and wished him good luck.

After the court hearing, both Richmond's attorney and the prosecutor spoke about the case.

“I believe, based on what he has told me, that he was not in any way involved with the death of him. However, I will acknowledge that he did find him after he had shot himself, and that’s what we intend to prove at trial," said Paul Jancha, Richmond's attorney.

“We’ve charged based upon the evidence that we have, and again, the burden is beyond a reasonable doubt, and again, we charge that because we felt that that was the appropriate charge to bring," said Victor Fitz, Cass County Prosecutor.

Richmond's next hearing date is May 19 and he will have a preliminary hearing on May 25.