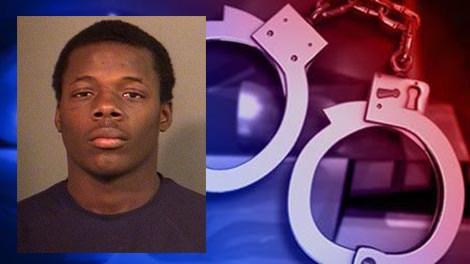 An arrest has been made in the January 20th armed robbery of the Subway restaurant on N. Eddy Street.

According to the probable cause affidavit, two female employees were in the restaurant at the time.

One employee told South Bend Police the suspect, later identified as Kevin Brazier, had been in the restaurant for a long time but had not approached the counter.

When the restaurant was empty, he approached the counter and asked for cookies, she told police.

While she was packaging the cookies, Brazier allegedly said "Give me the money," and pulled out a handgun from his red hooded jacket and put it on the counter with his hand on it.

She told him she couldn't open the register and walked to a back area.

She told the employee in the back area what was going on and the second employee went to the cash register, opened it up, and put the drawer on the counter in front of the suspect, according to police.

The man then left the store.

The owner of the store told police the man got away with $410.

During the investigation, police reviewed the surveillance footage from the restaurant and collected fingerprints from the counter area.

A fingerprint and palm print were identified through AFIS as belonging to Kevin Brazier, according to police.

Police looked at Brazier's DMV photo and said he appeared to be wearing the same jacket in the photo as the suspect in the armed robbery.

In a photo lineup, the two Subway employees picked out Brazier as the man who robbed the store, police said.

Brazier has been charged with one count of armed robbery.