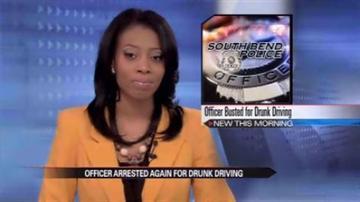 ABC57 contacted the South Bend Police Department and they said they are aware of McKee's recent charges and have re-initiated an investigation.

Earlier this month, the Board of Public Safety suspended McKee for an October 2012 arrest for DUI. He accepted a plea and in December that charge was reduced to reckless driving.