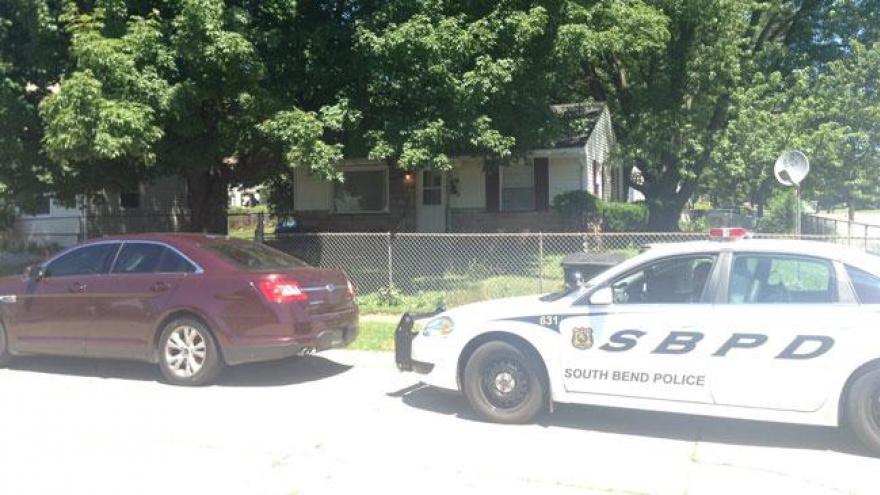 The South Bend Police Department and SWAT took a subject into custody in the area of Barberry Lane/Maywood Place in South Bend Wednesday.

According to police, the St. Joseph County Drug Investigation Unit has been tracking Ryan Daniels for the past two or three weeks.

Daniels was wanted on one count of dealing in a narcotic drug.

According to the probable cause affidavit, a confidential informant arranged to purchase $40 worth of heroin from Daniels on June 27.

During the purchase, the informant told police Daniels placed multiple firearms into a black bag, according to court documents.

After the drug buy, police obtained a search warrant for the home on W. Roger Street where the drug buy happened.

Daniels was spotted in the area before the search warrant was served. He fled in his vehicle as soon as he saw police, according to court records.

Inside the home, police located Daniels' girlfriend and her four children. She told police she didn't know about drugs being sold from the home or guns being in the home.

Police said they found a black bag with three handguns, a handgun on the kitchen counter, ammunition, a digital scale and drug packaging materials in the house.

After the search warrant was served, Daniels allegedly sent the informant threatening text messages and threatened to take the informant's family from him.

On Wednesday, police went to a home in the 4600 block of Maywood Place.

Commander Dave Wells of the St. Joseph County Drug Investigation Unit said they gave Daniels two hours to cooperate and come out of the house.

When he failed to come out, SWAT entered the home and took him into custody.

No one else was inside the home at the time.

"The DIU is focused on violent and armed drug trafficking and people who deal in dangerous drugs that contribute to overdoses and deaths in the county. That's why we're here," said Dave Wells, the commander of the St. Joseph County Drug Investigation Unit.

Daniels is facing one count of dealing in a narcotic drug.