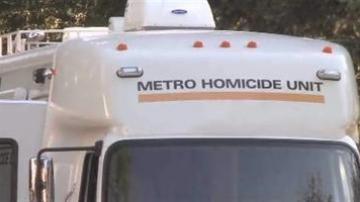 ST. JOSEPH COUNTY, Ind. – On Monday, a St. Joseph County man, accused of killing his estranged wife, was back in court.

Tarrence Lee is charged with the murder of Trina Winston, even though police still have not found her body.

Winston's brother was at Monday's court hearing and for the first time he is speaking out about his sister's death.

Rev. Derrick Weaver said he felt like he could finally breathe when the judge announced Lee would be denied bond.

"First thing, I could do was thank God. The family feels very relieved. We feel like we got victory today,” said Weaver.

But the fight is far from over.  Police still haven't found Trina Winston's body. Investigators think Lee buried her somewhere outside St. Joseph County.  Now her brother is asking for help from people here in Indiana and even out of state.

"We also ask people in Illinois for their help. We need help to find this body,” said Weaver.

"We feel we will have victory when the trial starts too,” said Weaver.

He hopes police will find his sister's body soon, so the family can give her a proper burial and say goodbye.

"So we can bring Trina home,” said Weaver.

The judge granted Lee a speedy trial on Monday. It is set to begin Nov. 13.