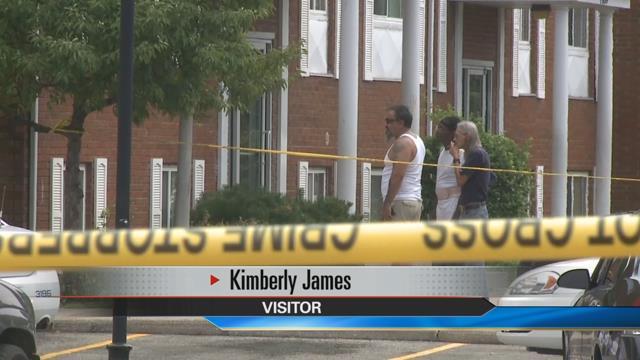 The man retreated to his apartment, where negotiators spent over two and a half hours speaking with him through a window.

Neighbors say that although this isn't common behavior for the man they call "Uncle Willy," the past three weeks have been spent being scared and intimidated by him.

Friends and members of the community say that he suffers from a mental illness and is off his medication.

Kimberly James, a woman whose uncle and aunt live in the complex, says that there's been a lot of "insanity going on, and threatening and he actually stabbed somebody last week with his cane."

Hours later, police were forced to use tear gas in order to escort him out of the building, so that he did not hurt himself or others.

He was taken to a nearby hospital to be evaluated.