Teen allegedly made threats against school 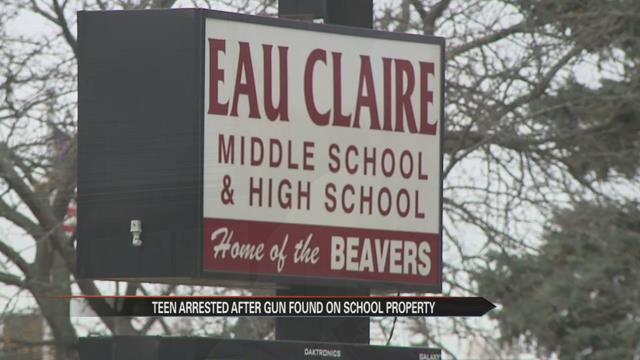 A 16-year-old student from Eau Claire Public Schools is in custody for allegedly making threats against the school on Snapchat. No students told administrators about the threat until after the student was accused of having a gun in his car on the school campus.

On Tuesday night, the high school principal contacted local police after getting a text message from a parent.

"The high school principal received a text from a parent making them aware there was potentially a student at the event that may have had a gun with them," said Superintendent David Gray.

Police responded and removed the student from the game and took him to the station, according to Gray.

A firearm was found in the 16-year-old’s car, according to Gray.

After the gun was allegedly found on Tuesday, students came forward on Wednesday about the Snapchat message the student allegedly sent out Sunday night.

Gray said the 16-year-old allegedly used Snapchat to send a photo of a gun with a warning for students to stay away from school on Monday.

"The student didn't share anything with us until after he was taken in for having a gun on his premises," said Gray.

The homecoming dance has been cancelled but the football game is still scheduled for Friday night.

The Eau Claire Police Chief did not respond to requests for comment.

Mark Medlin said his grandkids go to Eau Claire Schools. He said he wishes the school would have told them about the threat so parents had the option to take them out of school.

Medlin said, "The community should have known about it! There should have been more communication.”

Dennis Medlin said the alleged posts by the suspect are frightening.

Dennis said," Heard he was trying to shoot the principal and anyone who wasn’t wearing red or something like that.”