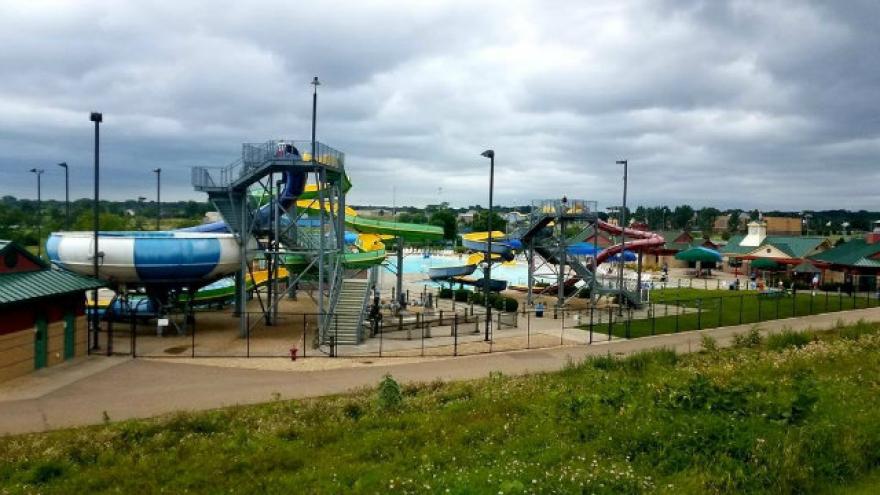 An 18-year-old man is in custody after allegedly picking up and throwing an 8-year-old boy off of a 31-foot water slide platform Tuesday afternoon. Photo courtesy WCCO

MINNEAPOLIS (WCCO-TV) -- An 18-year-old man is in custody after allegedly picking up and throwing an 8-year-old boy off of a 31-foot water slide platform Tuesday afternoon at the Apple Valley Aquatic Center.

“It’s been open for 20 years, we’ve never had an incident of this magnitude,” said Apple Valley Police Capt. Nick Francis. “Everybody in the water park that saw it happen are just devastated by it.”

Police said 18-year-old Roman Adams of Maple Grove threw the boy because he was mad that the line was taking too long. Investigators later learned Adams has cognitive disabilities, and that a personal care assistant was with him at the park, but not in line with him for the slide.

Police said the boy suffered several broken bones but was lucky to be alive. They say lifeguards were quick to help him until police arrived.

“There’s not a lot of safety mechanisms that you can put in place for when someone commits a crime, so I don’t think another guard or a higher rail could have prevented this from happening,” he said.

Adams was arrested for third-degree felony assault. Francis said Adams’s mental abilities could impact how the county attorney moves forward with the case.

Francis also said the victim was in good spirits when officers visited him at the hospital Wednesday.