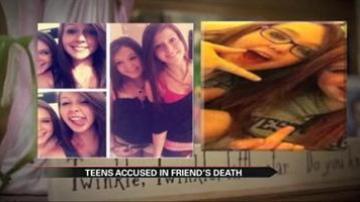 Police arrested two teens in West Virginia who they say stabbed their friend to death.

One of the girls confessed. The other will go to trial and be tried as an adult.

Skylar Neese disappeared last summer and after months of searching a close friend came forward and led police to her body.

"The only thing I care about is they get what's coming to them," said Skylar's dad Dave Neese. "If you're innocent, you don't cover something up for nine months. You don't come to somebody's house the next day after you murder somebody and walk up and down the street and try to look for the person that you murdered."

The teens are due in court this week.