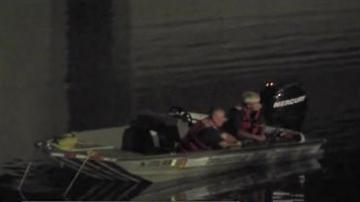 Metro Police say that a group was swimming in the river when one of boys went underwater.

Crews were called to the scene and fought strong currents and debris while they searched for the boy.

Three hours later the boy's body was pulled from the river