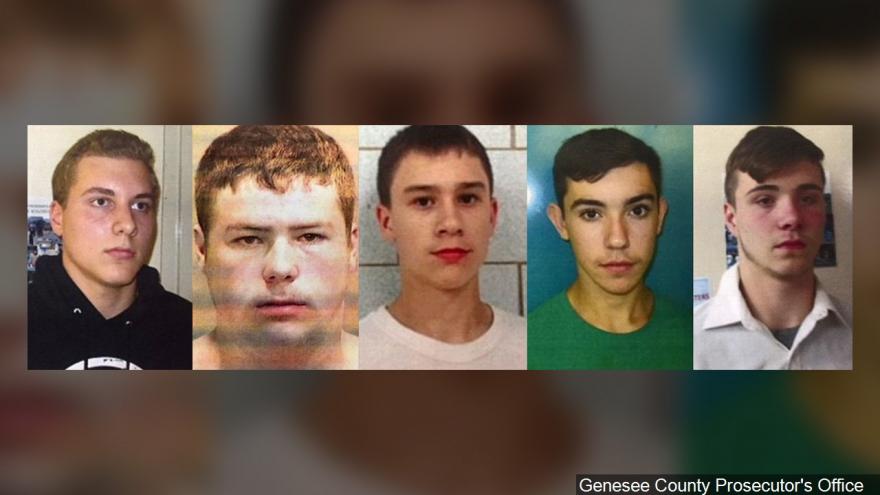 Kenneth White was killed just north of Flint on October 18 while riding in a car that was hit by a rock thrown from a highway overpass. Police said five teens threw a series of rocks from the overpass and then went to eat at a McDonald's.

The five have been charged with second-degree murder. They are all accused of playing roles in throwing the deadly rock.

At least three, but likely all five, of the suspects could be ordered to undergo evaluations Thursday for competency and criminal responsibility.

The competency evaluation will assess the suspects' current mental state, whereas the assessment of criminal responsibility focuses on their state of mind at the time the alleged offense was committed.