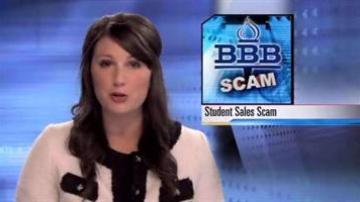 The suspects are pretending to be on the John Adams High School basketball team. They claimed to be selling tulips as a fundraiser for new uniforms and accepted cash only.

But the coach at Adams says his team is not doing any fundraising and his players would have IDs, forms and only take checks.

The Better Business Bureau wants anyone approached by these teens to call them and police.