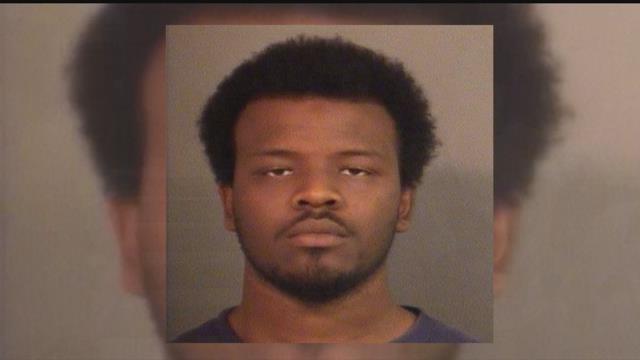 It was a very heated Friday in the St. Joseph County Courthouse during the arraignment of 21-year-old Arremone Tobar.

Tobar told investigators he and a teen were paid to do it.

“It’s hard for me as I’m sure it’s hard for his family,” Iris Hendrix, Tobar’s mother said after leaving her son’s court hearing.

Nothing was easy for the two families as they sat in court.

“I would like to see him spend the rest of his life there. He deserves it,” Rodriguez said of Tobar.

Rodriguez and her family wore special shirts and rosaries with her little brother’s image on them, but it was the image of the suspect that sent emotions flying in the courtroom.

As Tobar appeared on a video screen, Guzman’s mother broke out into a painful scream and then tears.

“Seeing the person that killed my brother was very hard for her,” Rodriguez said.

Guzman’s mother was so upset, security removed her from the courtroom.

“I understand her pain,” said Hendrix, who witnessed this moment.

Hendrix shed some tears of her own in court as her son’s charges were explained to him.

She says she spoke with her son Thursday night before the arraignment.

“He reassured me that I did the best I could. He believes I was a good mom. And that he made a bad decision,” Hendrix said.

As the short court appearance ended, the two groups were released separately, and guards took up post at the steps until everyone was gone

Despite the tension, both families say, at this point, the last thing they want is more violence of any kind.

“Emotions run deep. A lot of things run through your mind. But we’re not here to fight anybody. We’re here to get justice for my brother and that’s what were’ going to do,” Rodriguez said.

Tobar will appear in court again in two weeks.