Thailand explosions: Will they affect you? 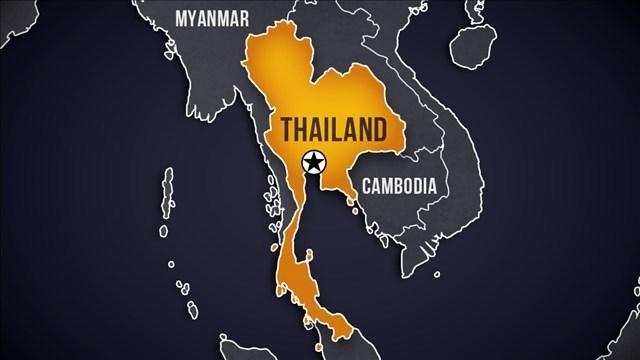 (CNN)  Thailand  known for its white sand beaches and postcard-perfect sunsets and certainly on many a bucket list for the avid adventurer headed overseas. But a deadly wave of bomb blasts that has rocked the country have raised doubts about the safety of the kingdom.

Only a handful of foreign nationals were injured in the series of explosions and so far no one has claimed responsibility for the attacks.

The blasts come one week before the first anniversary of the Erawan Shrine bombing, which killed 20 people, and five days after the country voted on a new constitution. Thai authorities have said the blasts are not linked to the Erawan bombing.

Travel specialists say visitor numbers are up despite the bombing at the Erewan Shrine, and that Friday's events, while disturbing, are unlikely to have a lasting impact on the industry.

What's happening in the country?

The explosions hit five provinces in Thailand just days after Thai voters approved a new draft constitution, which could give extra powers to the military, which took control following a coup in 2014. The proposed amendments have caused controversy in the country and divided residents, who believe the move will legitimize the military's rule.

Historically the country has faced political volatility, largely driven by a perceived divide between populists  or the so-called "Red shirts," many of whom live in rural areas and are poor  and the urban middle class and elite in Bangkok  often referred to as "Yellow shirts"  who tend to back the Thai monarchy.

Political clashes emerged in the last decade with the 2006 removal of Prime Minister Thaksin Shinawatra. His ouster led to widespread protests over the next several years, culminating in mass demonstrations in 2010 and 2011. A year later, his sister Yingluck, was installed as the country's new caretaker leader, but her tenure was plagued by allegations of her brother's involvement. An allegation she strenuously denied.

The situation reached a tipping point in 2013, as people took to the streets en masse demanding an end to Shinawatra politics. A few months later, she was removed from office amid allegations of abuse of power.

Thai authorities today have indicated the series of attacks is the result of this ongoing political turmoil in the country and are unrelated to international terrorism.

"These incidents are different from the usual terrorism acts, they are more local sabotage on certain locations and provinces," Deputy Police Spokesman Maj. Gen. Piyapan Pingmuang said at a news conference Friday.

However, the bombings are likely not directly related to the recent constitutional reforms, as it would be difficult to plan and execute coordinated explosions in such a short time, Paul Quaglia, a Thailand security expert and 20-year veteran of the CIA, told CNN.

Are tourists really a target?

Thailand's economy depends heavily on tourism, generating 2.8 trillion Thai baht ($81.6 billion) in the last year, which is 21% of GDP. While travel to the country in 2015 supported 5.9 million jobs over 15% of the country's employment, according to the World Travel and Tourism council (WTTC).

But the timing of the coordinated explosions also raises questions. It is currently the middle of low season for tourism, which generally runs from March to October. And while many of the Friday blasts took place near seaside resorts -- they occurred in the morning before crowds would have hit the beach for a day in the sun.

Furthermore, the location of the five attacks, excluding Phuket, is interesting.

Hua Hin, which appears to be the main target, is a popular destination for Thai tourists, although the coastal resort area has become increasingly popular with international tourists looking for a more relaxed beach vacation. It is here that a number of foreign nationals from Italy, Germany, the Netherlands and Austria were injured.

The provinces of Trang, Surat Thani and Phang-nga are less well-known destinations but are often used as transit hubs for travelers wishing to visit the islands.

While Phuket is an incredibly popular tourist hotspot, the devices used were not particularly big and most beach resorts were on high alert after a bomb was found in Phuket Wednesday night, according to security expert Paul Quaglia.

All of this seems to point to an attempt on the part of the perpetrators to avoid mass foreign casualties an appearance of unrest rather than terror.

Kobkarn Wattanavrangkul, Thailand's tourism minister, told CNN that six injured foreign nationals remain in hospital but are stable and expected to make full recoveries. Wattanavrangkul said that the kingdom is quick to learn from incidents such as these and counter measures are continually being put in place following the Erawan blast last August.

"This is not the nature of the Thai people. Normally we are a very friendly country destination," she said. "I think Thailand has passed many ups and downs and I think we all know the world has changed.

"I think people do return to us, even after last year's incident. I think (tourists) understand the true nature of the Thai people."

"Having spoken with the minister of tourism and sport from Thailand about the security steps being taken by the government, I am confident that the situation will stabilize and return to normal very quickly," David Scowsill, WTTC CEO, told CNN.

"Despite the bomb attack in Bangkok in August 2015, Thailand's visitors grew by 20% last year to 30 million travelers and the money they spent grew by 25% over the same period."

By Friday afternoon, normality appeared to be returning, at least in Phuket, as bars and restaurants near the blast sites reopened and police presence had dissipated, according to Hong Kong-based freelance journalist Andrew Scott.

"People really don't seem to care," Scott, who lived in Phuket for five years, told CNN over the phone. "Just as long as they can do what they want to do with their holiday."

CNN's Kocha Olarn contributed to this report from Bangkok