When you think of Thanksgiving, you probably think about the food, not the weather. Well, just like the food, the weather has many "options" on Thanksgiving Day, ranging from very wet to cold and dry to snowy. 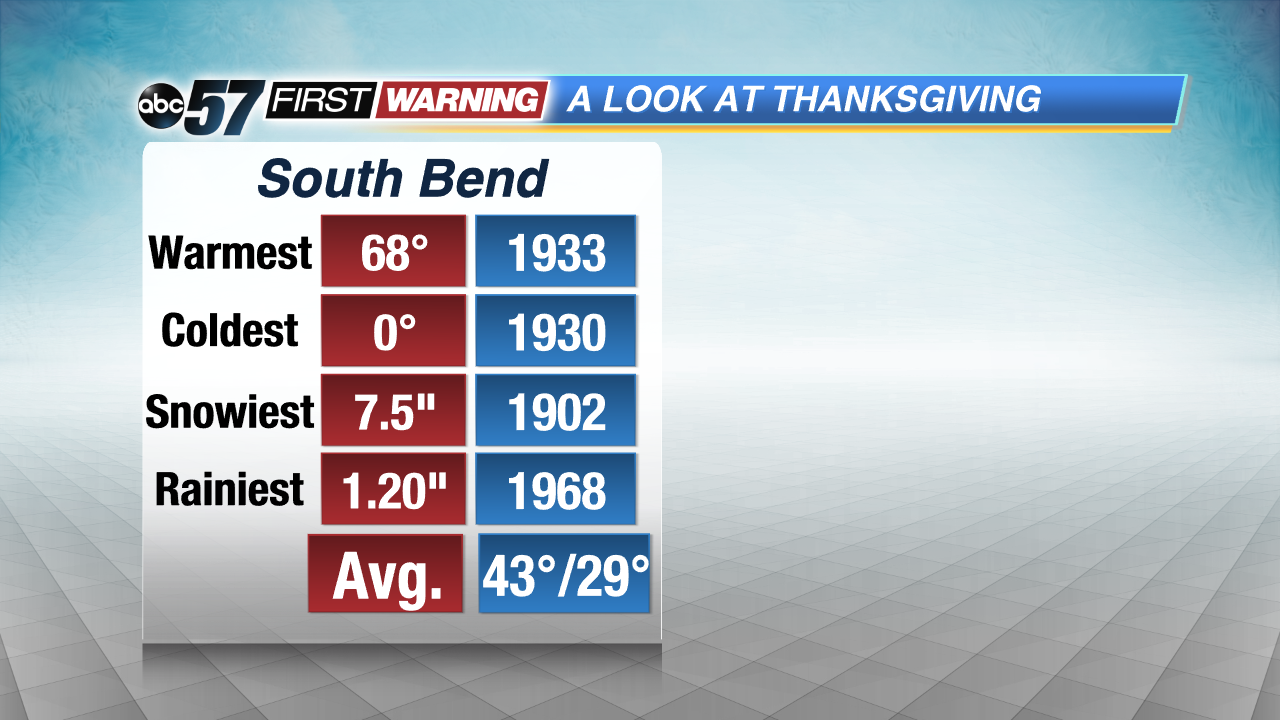 A typical Thanksgiving features a very minor amount of precipitation with a high of 43° and low of 29°. And, right on cue, those temperatures are nearly identical to what we are expecting for Thanksgiving 2017! However, we have seen a wide variety of other types of weather on Turkey Day. South Bend has been as warm as 68° in 1933 and as cold as 0° in 1930. We have seen as much as 7.5" of snow back in 1902, and as much as 1.20" of rain in 1968! Thankfully we are not expecting a wet or snowy holiday this year.

Remarkably, only three of the last fourteen Thanksgivings have been entirely rain and snow free. That is only 21% of Thanksgiving Days over the last 14 years that have gone by dry! 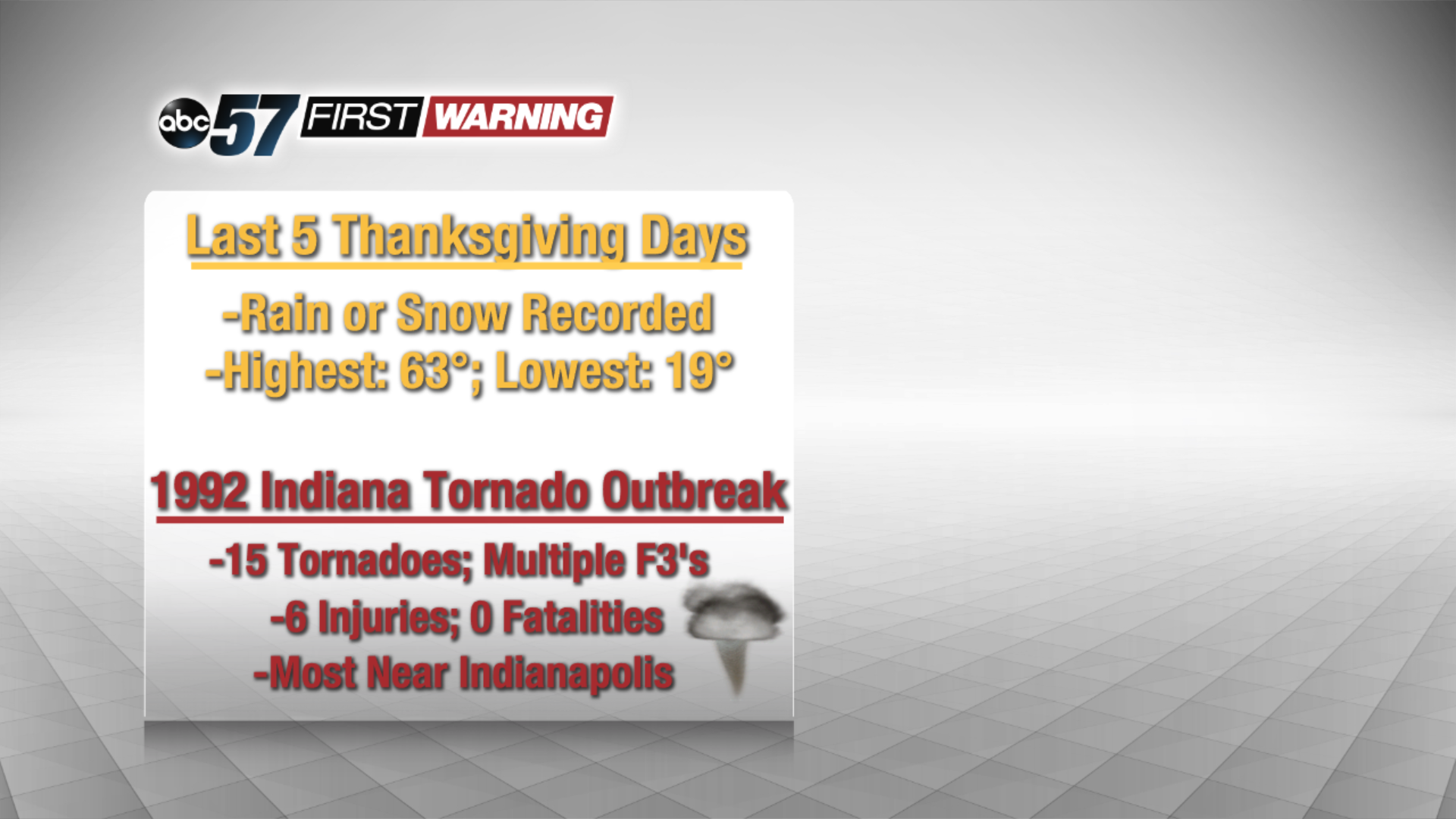 The most memorable weather event to occur on Thanksgiving in recent history occurred back in 1992. More than a dozen tornadoes touched down across Indiana -- mainly around the Indianapolis Metro. There were multiple tornadoes rated F3 (158-206 MPH winds) on the Fujita Scale, and major damage was reported in numerous counties. Thankfully there were no fatalities reported. This event will constantly remind us that severe weather can and will happen on days where we least expect it -- including holidays.