The future of farming unclear 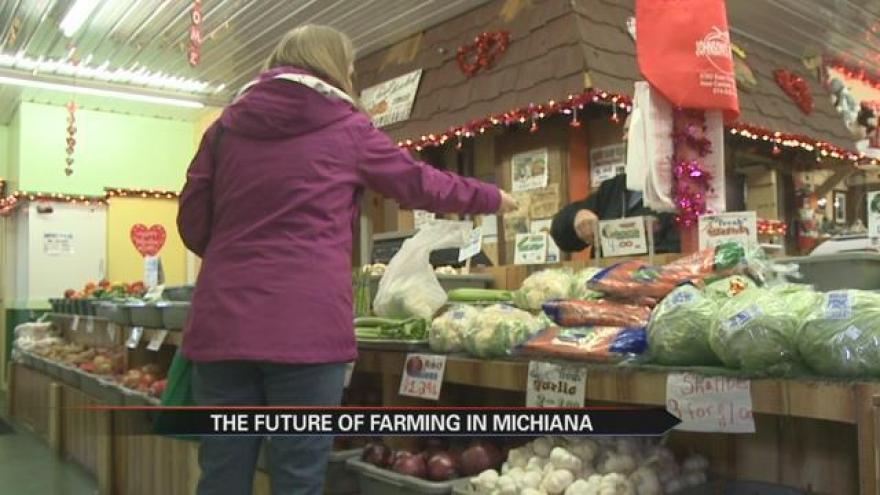 As Americans work to learn more about the presidential candidates, more questions are being directed their way.

One question is what the future holds for farming, and how to encourage more young people to get involved.

He is a local farmer who sells fresh produce at the South Bend Farmer’s Market.

“I grew up on the farm. All my life that’s where I’ve been,” Vite said.

His family’s farm, Vite’s Produce, has been operating since 1963.

“My grandfather was there. My dad was there,” explained Vite.

But the family tradition may end with him.

Vite’s two sons are not interested in farming the land.

“I got two boys and neither one of them will be farmers. They’re both out of the farm business,” Vite said.

Concern is growing over fewer and fewer young people wanting to farm.

“There are very few young fellows coming in. There’s just too much risk for the money involved,” Farmer Curt Hetler explained.

Hetler said the average farmer is in their early 60s.

He added, there are reasons for this.

“Unless you come from family farm or already existing farm, its very, very hard, if not virtually impossible to start on your own. It’s just incredibly costly. Probably the second thing is, it’s extremely risky,” Hetler said.

Hetler said it is especially risky here in Northwest Indiana, when weather can change in an instant.

Also, he said small farms are getting sold off to bigger companies. Often times that means less demand for workers.

“The equipment gets bigger and bigger every year, technology gets better and better every year. It takes less and less man hours to produce a crop,” he added.

Combines, can be sold for as much as half a million dollars.