The ideological war playing out on China's internet 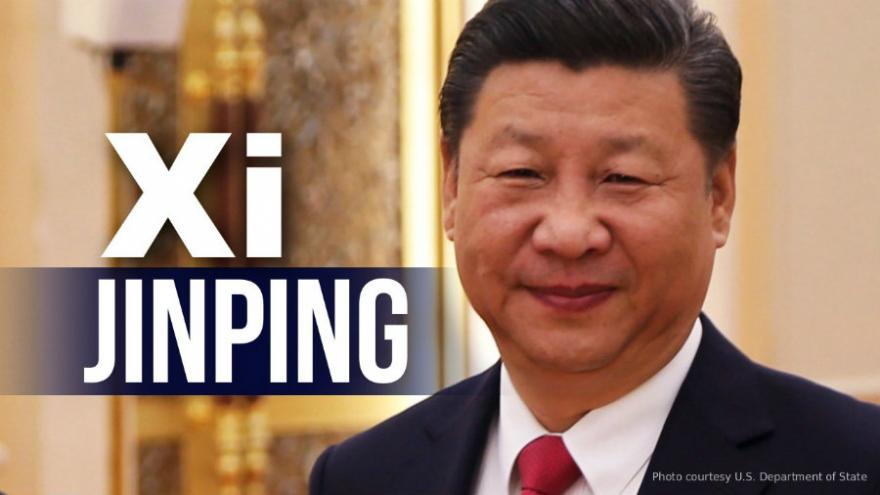 (CNN) -- As China's leaders gather in Beijing this week for the 19th National Congress of the Chinese Communist Party (CCP), an ideological war is under way on the country's internet.

Some experts predict President Xi Jinping will use the meeting to establish a level of control and influence over the Party not seen since Mao Zedong, the strongman founder of the People's Republic.

While the internet has always been a key battleground for the Party, the past 12 months have seen a marked increase in censorship, with new laws and regulations targeting online expression even in areas or on certain topics where dissent was once tolerated or passed undetected.

Since he came to power in 2011, Xi has sought to reshape the country in his image, advancing a new ideology to replace the waning relevance of Communism and Mao Zedong Thought in a country where state capitalism and an all-encompassing focus on making money is the norm.

"Unlike any other Chinese leader since the reform era, (President) Xi Jinping has worked on forging a uniquely Chinese national narrative," write the authors of a new study by the Mercator Institute for China Studies (MERICS).

At the same time, the Party has "taken drastic measures to suppress ideas it considers hostile."

Li Hongkuan is more experienced than most in battling the censors and pushing the boundaries of free speech in China.

From self-imposed exile in the US, he once ran VIP Reference, an online newsletter compiling banned news and political gossip that was sent to thousands of subscribers beyond the Great Firewall.

But censorship advances soon made that impossible, and for years Li was effectively cut off until the advent of WeChat, the uber popular messaging app used by millions of Chinese for everything from sharing photos to booking taxis and paying restaurant bills.

In sprawling group chats hundreds of members strong, with names like "Big Uncle's Lecture Hall," Li and dozens of others share news from dissident websites, messages of defiance and viral photos.

However, Li has become a casualty of a new type of internet censorship which intrudes into previously private areas where limited dissent -- or at least discussion around dissent -- was once tolerated.

New regulations have been introduced that crack down harshly on group chats, deputizing admins to police their friends' conversations or face punishment.

Posts Li shares on the US version of the app are blocked from appearing in China, and he says he is now "banned from joining in group discussions."

"Every WeChat user will be affected," Li said.

WeChat owner Tencent did not respond to a request for comment about the new regulations, but they appear to be widely implemented:

Last month, 40 members of a group chat in Hubei province were disciplined for "publishing improper remarks" by spreading letters petitioning the local government, according to state media.

This year is no different. Along with the new WeChat regulations, the approach of the Party Congress has seen VPNs blocked, tech firms fined, and a host of new materials banned.

While previous political events have also coincided with internet crackdowns, the MERICS researchers found there has been a shift toward "Party and state institutions increasingly interfer(ing) in people's lives."

The new group chat rules "extend to individual users political controls that once targeted Chinese media, and were the bane of reporters, editors, publishers and website monitors alone," according to David Bandurski of the University of Hong Kong.

Social media sites, blog networks and publishers have long been forced to censor mentions of everything from religious movements and homosexuality to anti-government protests and calls for Tibetan independence.

In July, a Shandong man was sentenced to two years in prison for posting comments online calling the country's president "Steamed Bun Xi," and dubbing Mao Zedong a "bandit," according to Human Rights in China, a Hong Kong-based NGO.

"Digital technologies many thought might disrupt the Party's dominance of the agenda" have instead allowed the state to involve themselves in citizens' "most intimate conversations," he said.

Other parts of the media which appeared to be cautiously opening-up have also suddenly seen doors slammed shut. Topics once considered innocuous like celebrity news and gossip are now seen as sensitive.

Beijing has also forged ahead with what it calls "internet sovereignty," the notion that nations should have total control over the Internet within their borders.

"While China stresses the need for global connectivity and openness, it continues to strengthen the world's most sophisticated system of Internet control and press censorship," the US Congressional-Executive Committee on China said in a new report.

Some commentators believe these restrictions will be reversed in the wake of the Party Congress, with Xi and his new cabinet secure in power for at least the next five years.

But Charlie Smith, founder of censorship tracker GreatFire.org, was skeptical, arguing that the notion that restrictions are relaxed after sensitive events have passed isn't borne out over the long run.

He predicted the censors would "100% shore up the gains" they have made in recent months, building the Great Firewall higher and higher.