The legacy of Father Hesburgh: Opening Notre Dame to women 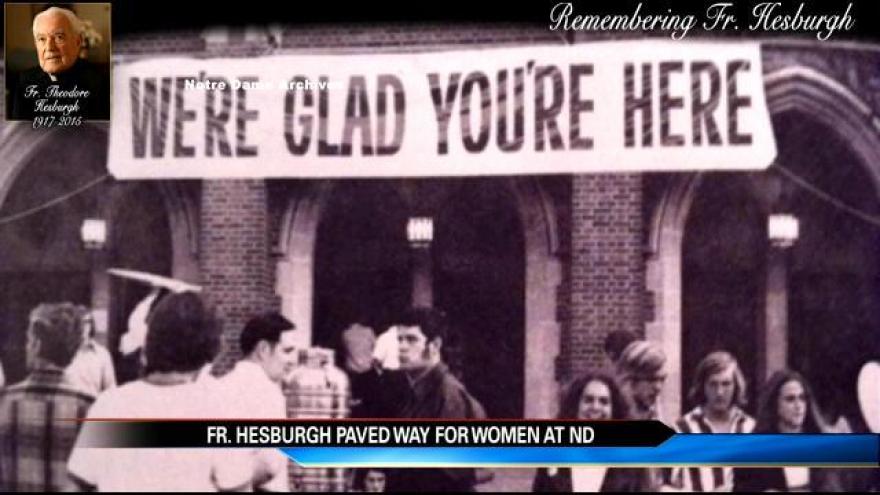 “You almost felt like it was a father figure passing away,” Denise Brenner said.

Brenner enrolled as a student at Notre Dame in the fall of 1972.

It was the first year the school opened its doors to women.

She, along with so many others, credit Father Hesburgh for making that possible.

Brenner grew up in Chicago. She said her father attended Notre Dame.

Never in a million years, did Brenner believe she too, would get the opportunity to further her education at the prestigious university.

“Never. Never. The best we could get would be across the road at St. Mary's. So to come to Notre Dame was really a dream come true,” she explained.

Notre Dame Alumnus Paul Ullrich said his mother, who has since passed away, was also a part of that first group of women to attend—enrolling in 1973.

“She was just thrilled to be able to go to a big catholic school without having to leave her parents, and her sisters, and her brother very far. And to be able to do that all in her backyard was just terrific. Father Hesburgh made that all possible,” Ullrich said.

Father Hesburgh has said opening the doors to women was one of his biggest accomplishments.
Share this article: