The legal battle is over between two major companies 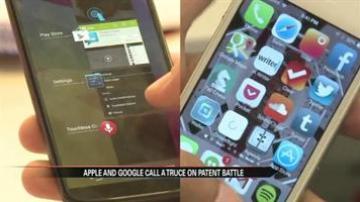 SILICON VALLEY, Calif. --- The legal battle between Google and Apple is over.

The two companies issued a joint statement saying all current lawsuits between them are dismissed.

Both companies said despite their history they will join forces in regards to patent reform.