The non-Brits guide to Brexit 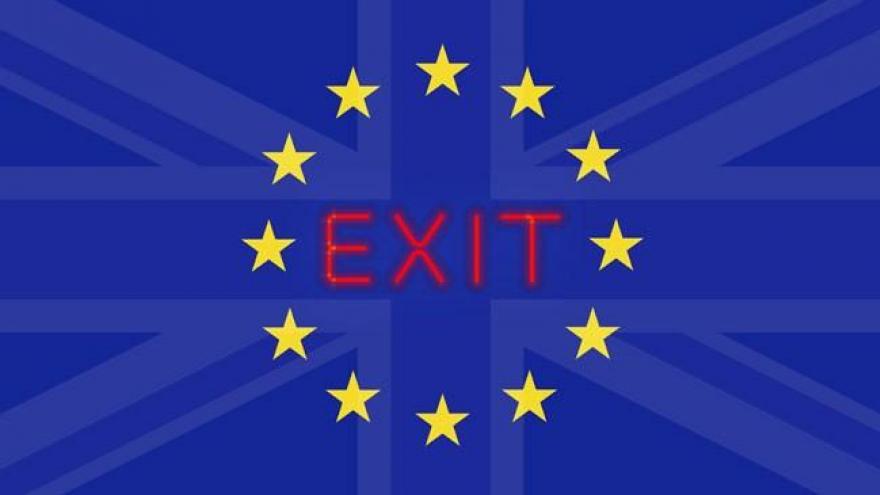 (CNN) -- The European Union is arguably the world's most powerful union. And the Brexit referendum is the biggest decision Brits have faced in a generation.

So, you can guess why there's such wailing and gnashing of teeth about Thursday's monumental vote. But if you haven't been paying attention, no worries.

Here's everything you need to know to become an insta-pundit.

Britain + exit = Brexit. It's the idea that the Brits may vote to leave the European Union. There are some strong commercial reasons to NOT do so, but the Brits don't like all the "social" bits that go along with staying. (We'll get to that in a minute). So, this week, the UK will vote on a referendum: Should I stay or should I go? And if it decides to bolt, things can get verrry messy.

Before you get to any of that, tell me why should I care?

If you're a European nation: You have the most to lose -- on so many fronts. Just under half of the UK's exports go to the EU. Just over half of its imports come from the rest of the Union. All of that will be up for a renegotiation. Then, think about diplomacy. Whenever Europe's done something useful on that front, the UK's been in the driver's seat. So, the EU loses a heavyweight.

If you're a NATO nation: The only other country that spends more on its military than the UK is the United States. And Britain's not shy about flaunting its military might. Without it, a post-Brexit EU will be a less powerful player in the world stage. That's not a good thing.

If you're the U.S.: The world's already dangerous and volatile enough. The United States worries the unraveling of the union -- a vital ally -- will just unleash more instability. The UK's also America's seventh biggest trading partner. Why rock the boat on such a sweet status quo?

If you're any other nation: The UK economy is the fifth biggest in the world. If all the awful scenarios that the "Don't leave" crowd is predicting (more on that later) come to pass, think of the effect it'll have on the world's markets. Even if they don't, the uncertainty is bad enough. Markets, you see, heart stability. And unstable markets = potential bad news for your country's economy.

Ok, wait. Before we go any further: What's the difference between England, Great Britain and the United Kingdom?

We sometimes use them interchangeably (and incorrectly). So here's a quick geography lesson.

The United Kingdom is not a single country but a country of countries. It's made up of four nations:

Great Britain is the island which holds England, Scotland and Wales.

And England is the big dog. It's the most populous part of the UK and holds its de facto capital, London.

And what's the EU?

The European Union is a group of 28 countries that decided it would be cool if its citizens could go about vacationing and trading with each other without worrying about all the red tape. Its roots date back to World War II. After six years of fighting, Europe was decimated. Economies were in the toilet. Old enemies had to accept the fact they'll need to live with each other (like France and its old occupier, Germany). So, little by little, countries started forming partnerships. By the 1990s, we had the modern European Union. It represents half a billion people. The idea is: If you're linked economically, you're less likely to bicker and fight.

Sounds like a great idea. So what's the problem with the EU?

It sounds like a happy marriage. But you know how that goes. When world events walk in, these countries all react differently. They fight over how to deal with refugees coming to their shores. They can't agree on financial matters. They're mad that some of them have to pony up more than others to bail out countries that are doing terribly. And this has given rise to anti-EU parties all across Europe.

The UK's always had an arm's-length relationship with the EU anyway. (For instance, most of the EU nations use a common currency, the Euro. The Brits took a pass on that.) There are two things Team Leave EU is increasingly developing an allergy to. Thing 1: The money the UK gives the EU. Team Leave thinks $16.3 billion (that's how much the UK paid in 2014) is way too high a membership fee to be a part of any club, and that it could go toward other stuff. Thing 2: All the EU rules and regulations. Earlier this year, Prime Minister David Cameron got the Brits a "special status" that exempts the UK from a lot of these rules. But that's not enough for some folks.

Isn't there some grousing about immigration as well?

For a lot of the people who want out, yeah. EU citizens can live and work in any EU country, and guess where most of them flock to? A whole 13% of the UK's population are people from other countries. Some Brits feel higher immigration puts a strain on healthcare and education, keeps wages low and puts local workers out of a job. And they're also freaking out about the way the Syrian migrant crisis is playing out in other parts of Europe. They think that Brexit will let the UK decide on its own -- without having to conform to the rules of the EU -- how to control its borders.

What happens if the Brits do pull out?

Hellfire and damnation. At least that's the picture the government's painting. Brexit will bring a recession, it'll kill jobs. It'll slam the pound. It'll crash the housing market. Oh, and PM David Cameron will likely be shown the door. (He's in the Stay camp, if you didn't guess). The Leave camp's response: Hyperbole much?

Another wrinkle: Scots want to stay. If the UK leaves, Scotland says it'll call for a referendum for its own independence -- so it can join the EU.

Has a country ever left the EU before?

No country has, but the world's largest island did. Greenland, which is part of Denmark, was part of the EU until it left in 1985. (The rest of Denmark stayed.)

The UK would be the first bona fide country to leave. Greece has thought seriously about it though. That would be Grexit (another story altogether). But think about the precedent it sets. If the UK leaves, other EU countries might start eyeing the door too. That means the EU will slowly fall apart. And that'll have huge consequences for the economy and stability. (Remember when we talked about why the EU came into being in the first place?)

Sheesh. So will the referendum pass?

That's too close to call. Brits seem to be evenly divided. Like Scotland, Wales seems to want to stay. Large parts of England don't. Heck, there's division even within the same family. There's also a sizable chunk of fence-sitters. So, it could go either way.