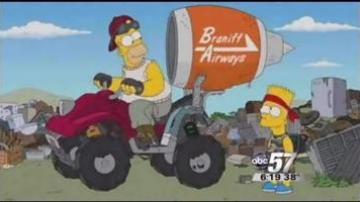 The Springfield family has hit a major milestone.

Sunday marks the airing of the 500th new episode of the Simpsons.

Some of the show's voice actors and the many of the show's crew members gathered in Hollywood to mark the occasion at the Roosevelt Hotel.

At any time in the day, a "Simpsons" episode is airing somewhere. The show is the most-watched U.S.- produced series in the world.

It has surpassed "Gunsmoke" and "Law and Order" as the longest-running entertainment program in the United States.