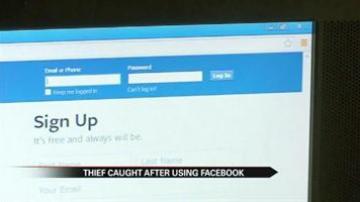 A man in Minnesota was arrested after breaking into a South St. Paul home.

Police say he broke into a home June 19 and took credit cards, checkbooks, cash, and other items.

"A pretty unusual case might even make the late night television shows in terms of not being too bright," said James Backstrom, a Dakota County attorney.