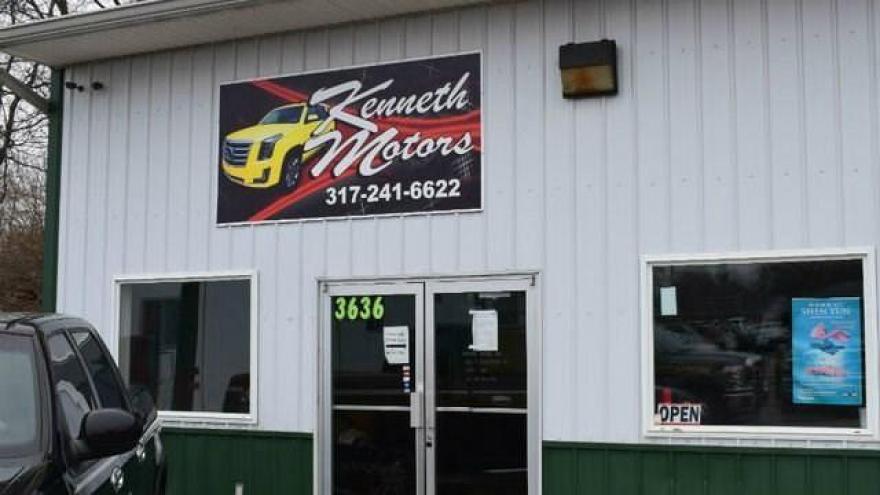 Indianapolis, Indiana -- Thieves broke through the wall of a west side car dealership sometime over the weekend, stealing five vehicles and the business' security system.

Thieves cut a hole in the metal siding in the rear of the building and pushed their way in.

Once inside, they ransacked the dealership's office, taking the titles for five vehicles, along with computers, cameras and several rims off a vehicle. The thieves also ripped the business' security system from the ceiling, before making off with five vehicles:

In all, Kenneth Motors estimates as much as $30,000-worth of cars and equipment was stolen.

A spokesman for the business said it had been robbed before, and that they believe the same suspects may be involved in this theft.

On New Year's Day, a thief broke through a cinderblock wall to burglarize Mr. C's Discount Liquor at 8801 E. 38th Street. Once inside, suspect reportedly stole $2,000.

Less than a week prior, someone cut a hole through the outside wall of a Marathon gas station on East 30th Street. The suspect then tried to cut a hole into the room where the gas station stores cigarettes, but fled before completing the second hole.