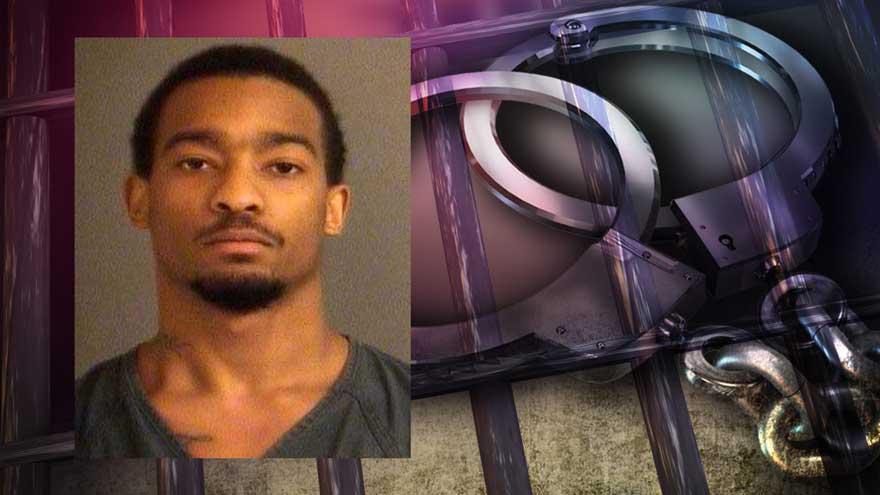 ST. JOSEPH COUNTY, Ind. -- A third person is facing murder charges in the death of Tyler Hurtle in October 2016 at a home on Meadow Lane in South Bend.

Presley Jermaine Brown has been charged with murder, murder (while committing or attempting to commit armed robbery) and attempted armed robbery.

The murder was a botched robbery attempt, according to the probable cause affidavit.

In the early morning hours of October 6, Hurtle and a woman were on the porch attempting to enter the home when a masked man attacked her and Hurtle.

Hurtle was shot by the man in the mask and a man nearby and fell from the porch. The female fled around the house.

Hurtle died from his injuries.

When police arrived, they located casings and bullet holes in houses and cars at the scene, reports said.

The resident told police after he heard the shots, he opened the door and saw Caleb Smith standing at a car across the street. He said he saw one of the suspects get into the car and leave with Smith, according to the probable cause affidavit.

Another female witness told police Smith asked her to contact some marijuana dealers so he could set up a robbery with one of them, reports said.

The man inside the Meadow Lane residence at the time of the shooting was one of the people she contacted.

When investigators spoke with Smith, he admitted he had set up a robbery through the female witness and had been at the murder scene.

He told police Presley Brown had pushed him to set up the robbery and that Brown and Sir Lloyd Patterson were the shooters. They had planned to rob the resident of his marijuana and money, reports said.

Sometime after the murder, Patterson, identified as Sir Jackquarius JaQuan Lloyd, was arrested after fleeing from police. He later told a fellow inmate at the St. Joseph County Jail he had fled from police because the weapon he used to shoot Hurtle was in the car, according to the probable cause affidavit.

Llyod also told inmates he ditched the gun in the woods in Leeper Park while fleeing from police.

Police searched the area and located the weapon. The pistol was compared to casings from the murder scene and were found to be a match, according to the probable cause affidavit.

Brown was arrested on unrelated charges and allegedly admitted to a fellow inmate he and Lloyd had shot Hurtle.

He allegedly said Lloyd shot the victim with a .45-caliber and Brown 'finished him off,' according to the probable cause affidavit.

Brown also said Smith didn't shoot anyone, but he was there.

Both Brown and Lloyd's phones pinged in the area surrounding the Meadow Lane home near the time of the shooting, reports said.

Sir Jackquarius JaQuan Lloyd and Caleb Smith have also been charged with two counts of murder and one count of attempted robbery.