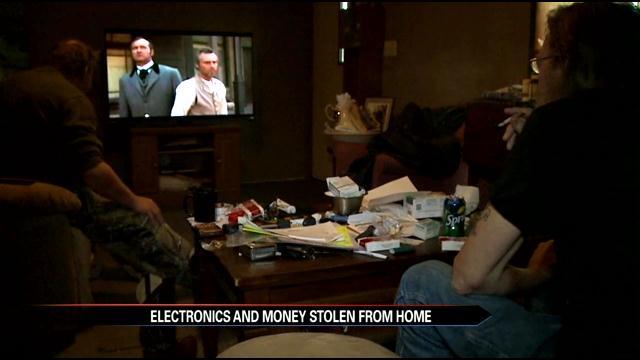 Two brothers in Elkhart County are out thousands of dollars, after their home was burglarized over the weekend.

“Come in, things are scattered everywhere. TV's gone. Lawnmower, and tools and stuff out of the garage,” said Gary Hall.

While Hall was out of town, a criminal broke into the back door of the house he and his brother share.

The thief got away with two flat screen tv's, a riding lawnmower, a safe, and over $500 -- destroying their house in the process.

This isn't the first time they've been burglarized.

“Well just like I told the law. They'll probably arrest me if I find out who done it. Cause I'll be in jail sure as hell,” said Gary.

They've already spent more than $500 just to replace one of the stolen TV's.

Now they don't expect they will have the money to buy Christmas gifts this year.

No one is in custody at this time. But the brothers are hopeful this burglary will end in an arrest.

Police said this burglary took place between December 3rd and December 5th. Anyone with information should call the Elkhart County Sheriff's Department.