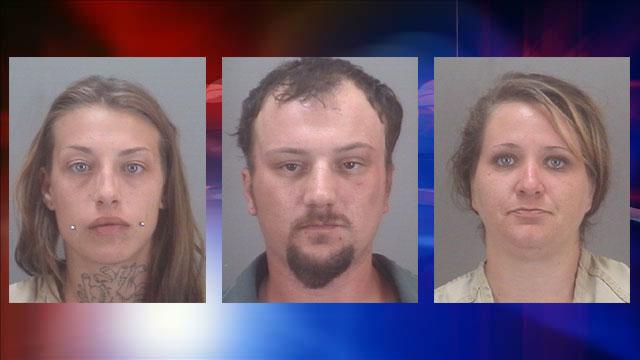 Three people were arrested on drug charges after a traffic stop on SR9 near Wolcottville Monday evening, according to the La Grange County Sheriff's Department.

Deputies learned the two passengers both had active warrants out of other counties.

Deputies then brought a K-9 to conduct a free air sniff of the vehicle. After K9 Hunter alerted on the vehicle, deputies found heroin, hypodermic needles and paraphernalia in the vehicle, according to deputies.

Passenger Trevor Jacob Aalfs was charged with visiting a common nuisance and had an active warrant out of Elkhart County.