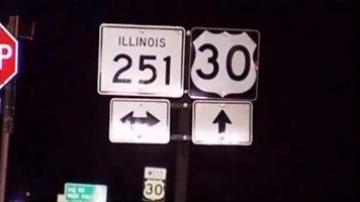 CHICAGO -- Three hospital workers are dead after their medical helicopter went down north of Chicago.

The helicopter was registered to Rockford Memorial Hospital and was headed to pick up a patient when it went down in a cornfield.

A pilot and two registered nurses were on board.

An eyewitness saw the helicopter suddenly nose dive into the ground.

The pilot had 15 years of flying experience.

He radioed air traffic control that he hit bad weather and just turned around to go back to the hospital when the crash happened.

The FAA is investigating the crash.