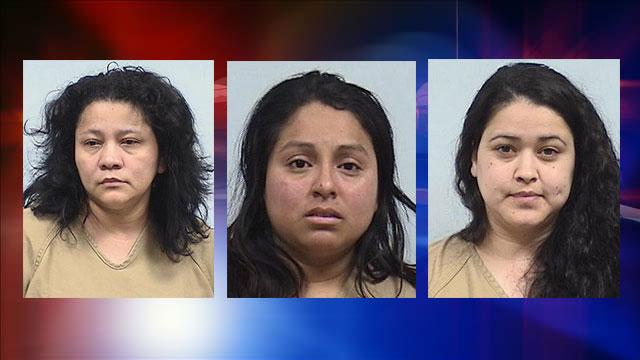 On Friday morning, a woman filed a forgery and identity deception report after allegedly finding out someone was using her identity to work at several locations throughout the area, according to Elkhart Police.

After conducting an investigation, police learned three women were allegedly using the victim's name and identifiers for employment.

On Tuesday, detectives took the three suspects into custody and charged them with forgery and identity theft.