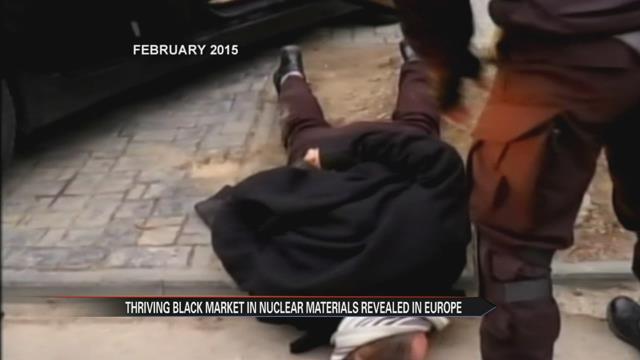 Moldovan police say they’re battling a black market for radioactive materials, which are being sold to extremist groups like ISIS.

Investigators believe criminal gangs are getting their potentially deadly goods from hospitals in the former Soviet republic.

Some of the radioactive materials include uranium and cesium, which could be used to make a dirty bomb.

According to officials a dirty bomb explosion would have a few, if any, immediate casualties, but it would lace the area with radioactive particle, causing an immediate shut down a of a building, the capitol, a neighborhood for years until clean-up is complete.

The FBI helped in four undercover sting operations over the last five years.

According to Moldovan police, the accused smugglers were looking for buyers from extremist groups that would target the United States, specifically from the Islamic State.

In these cases, the FBI says terrorist groups were not involved because most of those arrested were middlemen.

Investigators say the kingpins of the smuggling operations are still out there, and experts believe it is only a matter of time before they reach their intended clients.

Because of tensions with the West, Russia pulled out of an agreement to better secure nuclear materials.

Investigators in Moldova say there’s no way to know how much has made its way onto the black market.