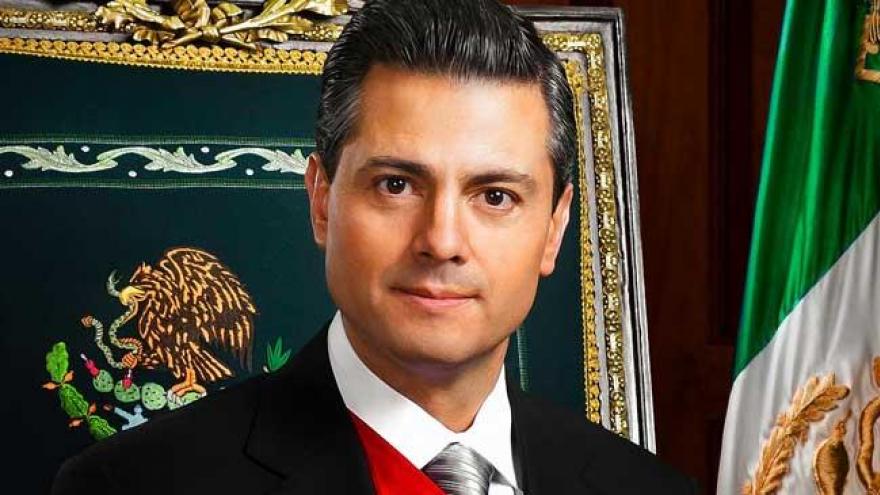 WASHINGTON (CNN) -- The US secretaries of state and homeland security are in Mexico for meetings with top officials Thursday after months of charged rhetoric from President Donald Trump and US immigration measures announced this week that have dramatic implications for the United States' southern neighbor.

Secretary of State Rex Tillerson and Homeland Security Secretary John Kelly are meeting with President Enrique Peña Nieto, Mexican Cabinet ministers and military officials in a bid to smooth the relationship and address some of the differences that have emerged.

As Tillerson arrived Wednesday, Mexican Foreign Minister Luis Videgaray said publicly that he wanted to "make it clear, in the most emphatic way, that the Mexican government and the people of Mexico do not have to accept measures unilaterally imposed on a government by another government."

US administration officials said Kelly and Tillerson's trip is meant to allow the new Cabinet secretaries to establish relationships and coordinate on bilateral issues that range from counterterrorism, border security and trade amounting to $1.5 billion a day.

But the officials make their debut under a cloud, as Trump introduces policies meant to back up campaign rhetoric that painted Mexico and Mexicans as a security threat and economic drain on the US.

On Tuesday, the Trump administration issued guidance on deportations that broadens the scope of deportations from a previous focus on criminals to apply to every undocumented immigrant in the US. It also enables state and local law enforcement to act as immigration officers.

Another change to asylum procedures would make it easier for immigration officers to send non-Mexican migrants to Mexico if they came through the country on their way to the US. The change could potentially send tens of thousands of Central Americans fleeing violence, gangs and drug cartels back into Mexico, an issue Kelly and Tillerson will almost certainly have to address.

A Mexican official, speaking on condition of anonymity to discuss sensitive diplomatic matters, told CNN that Kelly and Tillerson will hear from Pena Nieto, Videgaray and other officials that Mexico will not take deportees who are not Mexican nationals. A second official pointed out that is no bilateral agreement that requires Mexico to take these immigrants and that Mexico isn't bound by any US presidential order. There is nothing the US can't do to force the matter, this official said.

And Mexico has some leverage, the second official said. Mexico has been stopping Central American migrants before they reach the US for more than two years, the official said, adding that if Trump doesn't stop his "orders," it will make it more difficult for Mexico to continue this cooperation.

Trump may be trying to figure out his own ways to apply pressure to get Mexico to pay. He has suggested putting a 20% tariff on Mexican goods entering the US and his campaign has floated the idea of seizing remittances from Mexicans in the US sending money home.

The President has also ordered Cabinet agencies to inform him of the total direct and indirect aid the US gives Mexico, a move that some see as an attempt to amass some leverage in the debate over the border wall that Trump insists will be built and that Mexico will pay for. Mexican officials have repeatedly said they will do no such thing.

Under the Merida Initiative, the State Dept has given Mexico $2.6 billion since 2008. That's to strengthen rule of law, counter narco-trafficking, support judicial reform and police professionalization. It doesn't include aid from other State Department programs. Mexico also gets funding from the departments of Defense, Energy, Labor, Health and Human Services, Interior, the Peace Corps, the US Agency for International Development and DHS.

Kelly distributed an implementation memo on February 21 asking his staff to calculate how much direct and indirect aid DHS gives Mexico. That process is still underway.